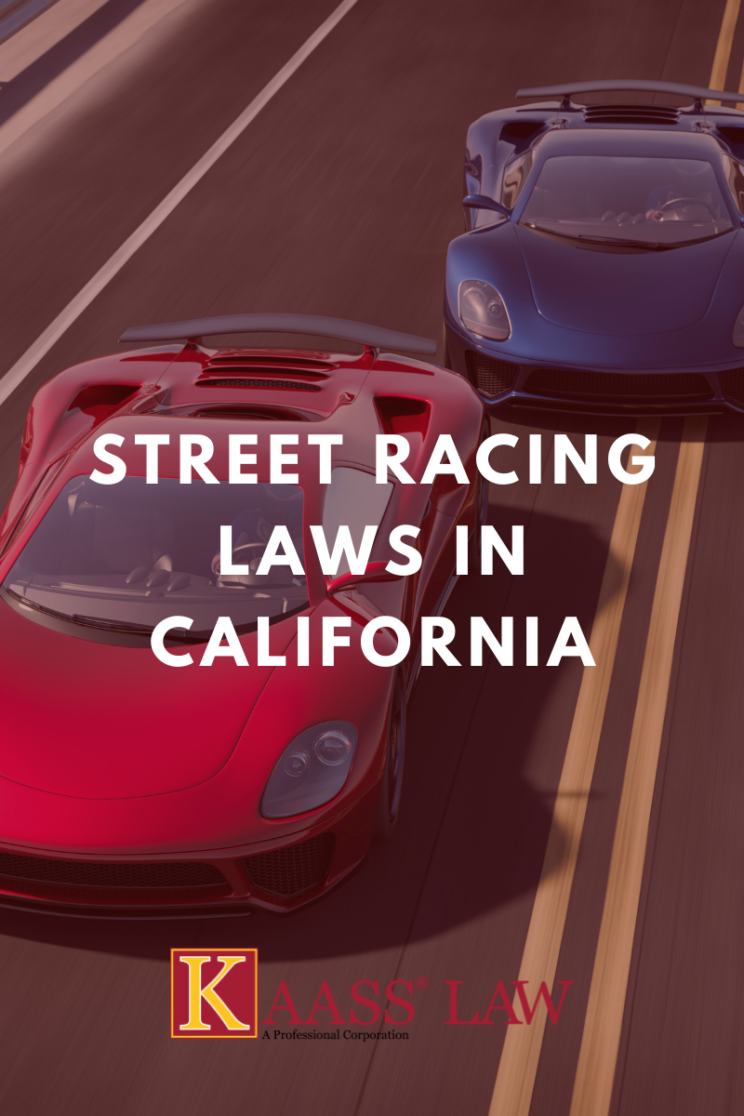 What Are the Street Racing Laws in California?

Street racing of any kind is forbidden on California public roadways. Offenses include street racing, drag racing and speed contests. Violation of these rules allows for the offenses to be punished under Vehicle Code 23109, Vehicle Code 23103 and Penal Code 187.

What Are Speed Contests?

What Are the Penalties for Street Racing?

Violation of California Vehicle Code 23109 will result in a misdemeanor charge. This will then lead to a jail time of 24 hours to 90 days; then fines ranging between $350 and $1000. The penalties will increase as the number of repeated convictions increases. If a violation of VC 23109 results in serious bodily injury, it may be charged as a felony.

A prosecutor must prove that the accused motorist was operating a motor vehicle on a public roadway while willfully engaging in a contest of speed.

What Is the California Reckless Driving Law?

What Are the Penalties for Reckless Driving?

Punishments for violating VC 23103 include a 5 to 90 day stay in the county jail and a fine between $145 and $1000. Like VC 23109, if bodily injury is involved due to the violation, it may result in more serious consequences. Repeated offenses also result in more severe punishments.

What is Watson Murder?

Death as a Result of Street Racing: PC 187, Watson Murder

A death during a street racing incident is referred to People v. Watson, or in other words a “Watson Murder” case. Penal Code 187, Watson Murder, is a second degree murder charge. This usually is the result of a DUI. On the other hand, it can be applied to street racing if:

What Are the Penalties for Watson Murder?

Watson Murder can result in a 15 years to life in a California state prison, fines up to $10,000 and a strike under California’s “Three Strikes Laws.” A repeated “strike” offense may result in a doubled prison sentence.

When a person is arrested for any of the above offenses, the arresting officer has the authority to call in a tow truck to send the car to impound for a period of up to 30 days. The circumstances to receive the vehicle before the end of the 30 period period are as follows:

What Are the Possible Defenses for a Street Racing Violation?

If you or a loved one is charged with reckless driving or street racing we invite you to contact our Glendale criminal defense attorney at KAASS LAW at (310) 943-1171 for a free consultation and case review. Our staff speaks Spanish, Armenian, Russian, and French.