Health and Safety 11365 Presence During Unlawful Controlled Substance Use 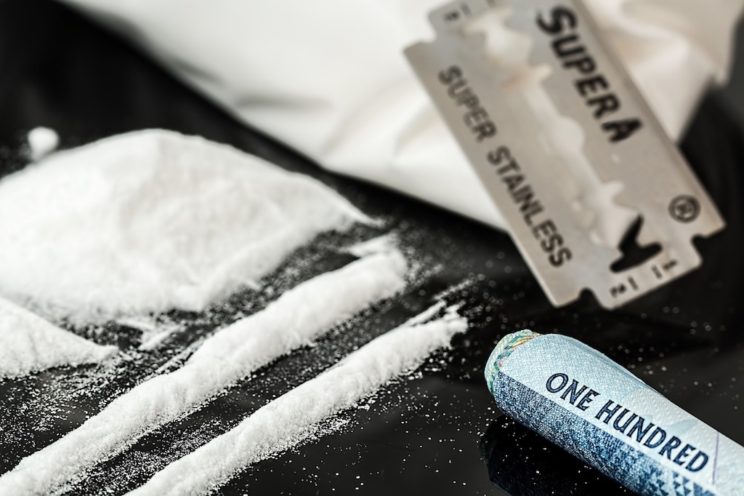 Health and safety code 11365 governs unlawful presence during unlawful controlled substance use. Getting arrested for HS 11365 can feel a lot like, being in the wrong place, at the wrong time.

Life is full of surprises, some good and some that just cause headaches. The law, on the other hand, is designed to be as unsurprising as possible. It has clear cut guidelines for what is, and what isn’t, legal. However, how the law gets used against you is another matter entirely. What could have been an honest mistake or an unfortunate coincidence can be damning in some respects of the law and California Health and Safety Code 11365 is one such law.

HS 11365 states that it is a misdemeanor to willingly and knowingly be somewhere that controlled substances are being used, given that you actually helped out or supported that usage. The law itself is sound, but many problems arise when this particular law is put into effect. This is because one can get charged with violating HS 11365 without ever having possessing any controlled substance or been under their influence. The way this typically works is that you may get arrested if you happened to be somewhere where controlled substance were being used; in practice this means that people can get charged with an HS 11365 violation for simply being in the wrong place, at the wrong time.

What Does The Prosecution Have to Prove to Be Convicted of HS 11365?

Technical elements constitute the legal definition of presence during unlawful use of controlled substances, which means that for the HS 11365 charges to hold, the following five elements must be true:

Therefore, while HS 11365 has wording that focuses primarily around the idea of someone being ‘present’ while the use is happening, there is actually to show than merely being at the scene of the crime. You would additionally have to take an action or say something that helps or abets the use of the controlled substance.

To understand what ‘helping’ or ‘encouraging’ use of a controlled substance means in legal terms, we must know that it entails these critical points:

Clearly, there are a lot of principles and points that a violator of this statute would have to meet. To better illustrate these in a more real-world situation, let’s consider to different scenarios which may end with two very different results.

The following are examples of HS 11365 charges and how they might play out in court.

In the first scenario, suppose you went to a party with some friends where some people were snorting coke. You notice and become aware that some people are doing coke, but you choose not to say or do anything about it. You are clearly uneasy and you walk away whenever someone offers you a chance to do a line yourself. Given this scenario, you would not be found guilty of violating HS 11365 because even though you were present at a venue where drugs were being used, you did nothing to help or encourage the use of those drugs, nor did you partake in it yourself.

Conversely, let’s say the scene played out a bit differently. You’re still at a party with your friends where some people are using coke. Throughout the night, you dance with someone and have a few drinks with them. You take a liking to them and want to see them after the party. One of their friends interrupts by offering some coke. The person you liked looks at you for approval and you, not wanting to be a buzzkill, encourage them to go ahead and have fun. If that person then goes ahead and takes a hit of coke, then you may later be found guilty of violating HS 11365 since you encouraged the use of a controlled substance while at a place where they were being used.

What is a Controlled Substance?

California Health and Safety Code 11365 applies solely to a select group of ‘controlled substance’. These substances are:

As you may have noticed, marijuana is ostentatiously absent from the list. This is because California’s HS 11365 law does not apply to marijuana and thus you cannot be guilty of violating HS 11365 if you are present and encourage marijuana use.

As we alluded to at the beginning, knowingly being in a place where controlled substances are used is considered a misdemeanor. As such, the potential consequences are:

It is imperative to keep in mind that even if you are convicted of being present at the time of controlled substance use under Health and Safety Code 11365, you may still be eligible for California’s ‘deferred entry of judgement’ or pretrial diversion program. In a nutshell, deferred entry of judgement suspends the charged placed against you while you complete a state-approved drug rehabilitation program. Upon successfully finishing it, the charges get dismissed. However, to qualify for this option, there are some requirements. For example, you typically will need to have no previous controlled substance related charges and the charges need to not have involved violence.

There are a few legal defenses to California Health and Safety Code 11365. Despite possibly having the option of drug diversion, sometimes it may be far more sensible to fight the charges that are posed against you directly. This is typically done by using some of the common legal defenses, such as lack of knowledge.

As an example, if you weren’t aware of the illegal controlled substance use, and/or had no knowledge that your actions or words may have indirectly encouraged use of those substance, then you are not guilty of helping or supporting the use of controlled substances, even if you were present at the location. Alternatively, another method is to argue that you flat did not say or do anything to aid or support someone in using the controlled substance. These are just two of the many possible ways of defending an HS 11365 case.

We Can Help Defend You

For answers to any other questions you may still have about California Health and Safety Code 11365, about being present while controlled substances are used, or to discuss your case confidentially with our team of experienced California criminal defense attorneys, give us a call at (310) 943-1171. Our lawyers in Glendale, Los Angeles County, CA, are highly dedicated to serving the needs of our clients.