Exhibition of Speed in California 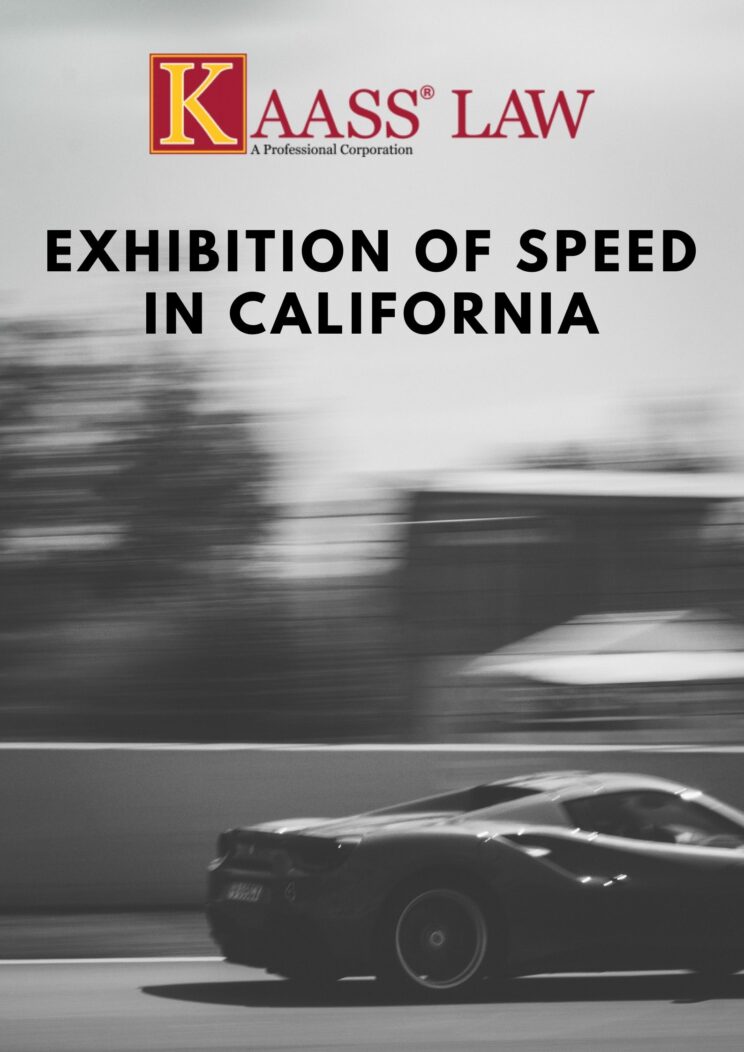 An exhibition of speed or otherwise known as “speed ex”, “flooring it”, “street racing” is the amusement of car and bicycle lovers, meanwhile it is spectacular for bystanders. But few people know that the attractive act full of adrenaline is criminalized under the laws of California. It is considered as one of the driving offenses.

The Statutory Definition of Exhibition of Speed in California

From the statutory provision emanates that this offense includes 2 indispensable elements:

Unlike element 2 when it is clear what the highway is and how it differs from other roads, element 1 may not be precise for most people, therefore it needs to be clarified.

Legal Definition of Exhibition of Speed

Example of Exhibition of Speed

Suppose driver X drives his car on the highway at a normal rate. Suddenly he notices a pretty woman driving next to him. He accelerates the car to the dangerous speed to make an impression on her.

What Is the Penalty for Exhibition of Speed?

Dependent upon the severity of an offense and circumstances of the case, the punishment varies. In particular, the exhibition of speed leads to one of the following penalties

As the perpetrator, the abettor of this offense is also subject to liability.

Legal Defense Against an Accusation of Exhibition of Speed

To convict a person for this crime, the prosecution must successfully prove all the elements discussed above. In this sense, the position of the defense is much more favorable, since the offense includes a special purpose- to show off or to make an impression on someone else. So in the concrete case, the legal question is- whether the offender has acted with that purpose in mind or not?

In practice, weighty facts and arguments are necessary to prove the presence of a particular purpose. The latter may be easily challenged by the defense. Although the burden of proof is not on the defense, but they may argue that the offender was not trying to boast or impress someone, but was rushing to the hospital or hurrying up to the work, for example.