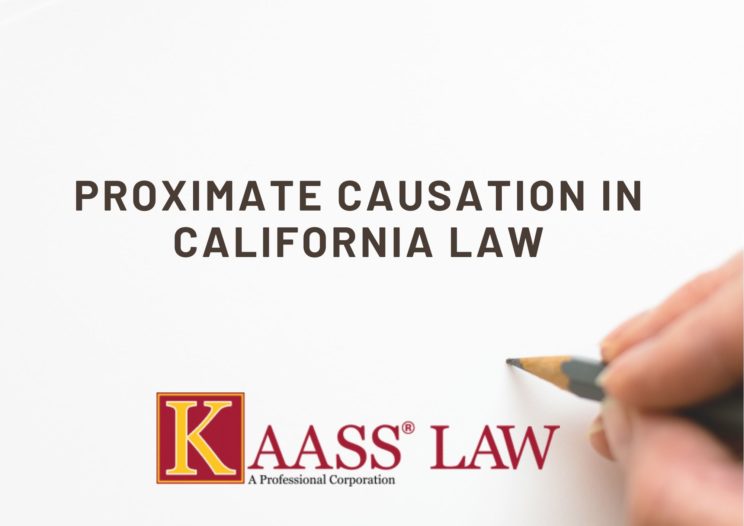 What is Proximate Causation?

Thus, for being liable in a California personal injury case, defendant’s conduct must have substantially contributed to the harm such that in case the defendant didn’t act as he did, the harm wouldn’t have occurred.

What Is “Conduct” Considered to Be?

In the context of causation, conduct refers to the illegal acts or omissions, on which a claim of legal fault is based, such as product defect, negligence, dangerous condition of public property, or breach of contract.

What is a “Substantial Factor” Considered to Be?

Defendant’s contributing conduct must be more than a trivial or remote factor. The defendant’s conduct which proximately, directly, and substantially caused injuries to the plaintiff must have been intentional, negligent, or violate.

Defendant’s conduct can’t be considered a substantial factor in causing the injury to the plaintiff in case the same injury would have occurred without that conduct. Proximate and direct causation requires that the defendant set off a reasonably predictable series of events that lead to the plaintiff’s injuries.

The defendant cannot avoid legal responsibility just because some other condition, person, or event was also a substantial factor in causing the injury to the plaintiff.

Third-Party Conduct as Superseding Cause

In case the defendant claims that the injuries were caused to the plaintiff as a result of another person’s misconduct he must prove all of the following: