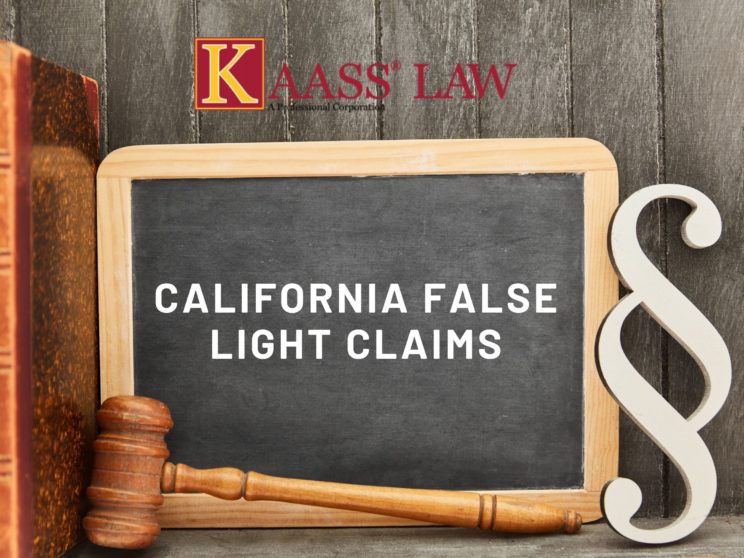 What Is a False Light Claim in California?

Invasion of privacy is defined as the intrusion of another person’s right to privacy and can be performed as an unreasonable interference with an individual’s confidential information, solitude, or public image.

False light is considered a type of invasion of privacy tort, and it happens when one person alters the public image of another one by portraying that person in an offensive and false light.

Elements the Plaintiff Must Prove for California False Light Claims

To have a successful claim against a defendant, a plaintiff must be able to prove the following four elements:

What Is Considered to Be Publication?

Publication doesn’t necessarily need to be an actual publication, such as online or in a newspaper. Usually, it involves making the matter public or communicating the matter to the public, which means more than a few people.

Differences Between False Light and Defamation

Both defamation and false light require some falsity published to a third party. The main difference is that defamation is usually a false statement made about another person when false light is a misattribution of a person’s beliefs or actions.

Some courts interpret false light claims as damage to the person’s dignity or feelings, rather than the reputation. Thus, if the publication made about another person was highly offensive, but was actually true, then there won’t be a case of defamation but can be a case for false light.

The reason is that false light is mainly focusing on the emotional impact and struggles felt by the plaintiff due to the publication.

Statute of Limitations for Filing a False Light Claim in California

In California, a plaintiff has one year to file a lawsuit against the defendant for the false light invasion of privacy. This period starts running when the plaintiff knows or should have reasonably known about the defendant’s unlawful actions.

False light incidents can cause much damage to a person and typically the main legal remedy will be a monetary damages award. A monetary amount is paid by the defendant to the plaintiff for compensating the losses he has experienced as a result of the false light incident. The damages may cover losses such as:

A plaintiff can be limited to a false light claim in case he was extremely open about the publication, such as made no efforts to hide it and it was something commonly known amongst other people.