Loitering to Solicit the Purchase of Alcohol PC 303 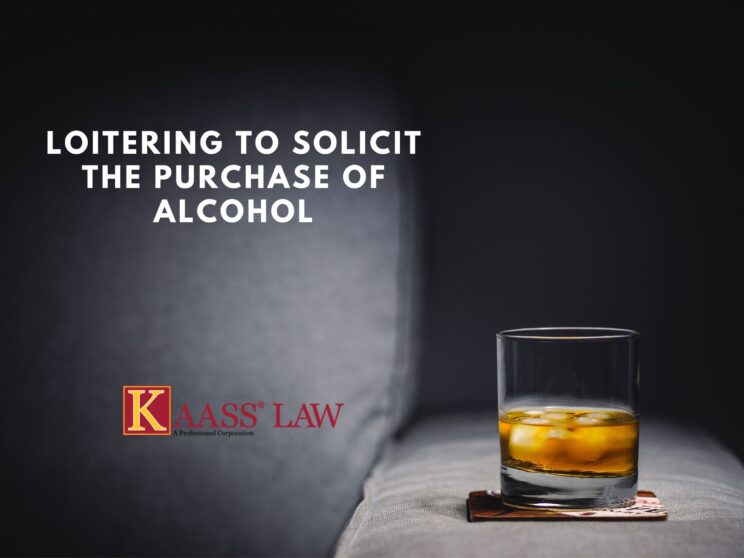 California Penal Code section 303 states the following: “It shall be unlawful, in any place of business where alcoholic beverages are sold to be consumed upon the premises, for any person to loiter in or about said premises for the purpose of begging or soliciting any patron or customer of, or visitor in, such premises to purchase any alcoholic beverage for the one begging or soliciting.”

What Constitutes the Criminal Act of Loitering to Solicit the Purchase of Alcohol?

“Loitering” can be defined as staying in a place with no legal reason to be doing so. This can take place in both public and private property.

It is important to note that the first element requires that the area the loitering took place to be one where alcohol can be consumed on the premises. Liquor stores are a good example of somewhere that would not qualify. While people may loiter on the premises of a liquor store and ask for others to buy them alcohol, because they do not actually permit drinking on the premises, this would not be sufficient to violate PC 303.

What Are Some Examples of Violating PC 303?

As mentioned before, it is required that the defendant loiters in a place where alcohol is meant to be consumed on the premises. One may think that the main example of a PC 303 violation is an individual under the age of 21 asking people outside of a liquor store/grocery store to buy them alcohol, however, this is not the case, given that these stores almost always do not permit drinking on the premises. Here are some examples that would constitute a crime under PC 303:

How Can I Defend Myself If Accused of Loitering to Solicit the Purchase of Alcohol?

There are plenty of defenses to allegations of violating PC 303 because the crime is often misunderstood to include more offenses than it actually does. Here are common defenses against loitering to solicit the purchase of alcohol:

In order to be charged with a violation of PC 303, you must have been loitering. This means that even if you blatantly solicited alcohol in a place that sells it and allows drinking on the premises, if you had a legal reason to be on the premises (meaning you weren’t loitering), you would not be violating the statute in question. Here is an example:

Other defenses include that you did not solicit the purchase of alcohol or you did so in an area that does not permit alcohol consumption on its premises. Say someone bought you a drink without you asking, and you accepted it. Even if you were loitering, you did not actually solicit the purchase of alcohol, you merely accepted the offer from someone else.

Also, as previously stated, soliciting alcohol on the premises of a liquor store or supermarket would not qualify as a violation of PC 303, because these locations do not permit the consumption of alcohol on their premises.