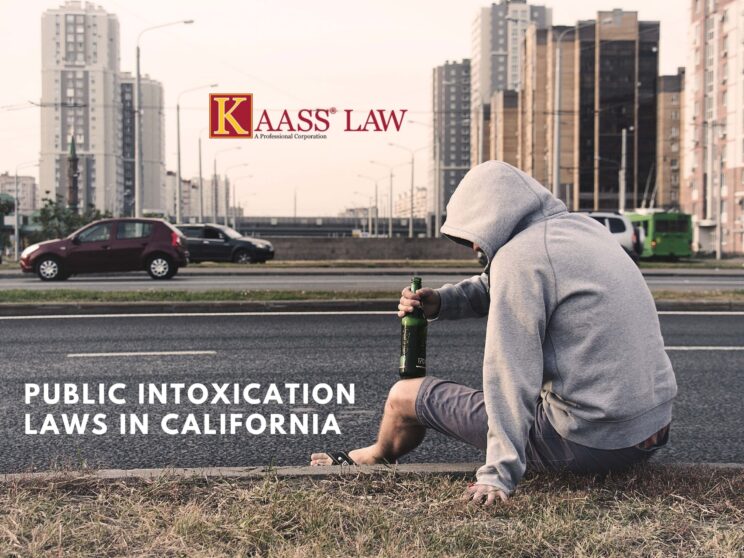 Public Intoxication (public drunkenness) is outlawed in the state of California.

What Constitutes Public Intoxication in the State of California?

There are three elements to a public intoxication charge. It is required that the defendant:

Keep in mind that “intoxication” refers to a delirious state caused by any drug or controlled substance, not just alcohol. The statute also requires the accused individual to have willingly taken the substance.

What Is Considered to Be a Public Place?

A “public place” does not just refer to publicly owned property, such as a road. This definition includes all places that anyone can gain access to, even if it is private property.

So in addition to parks, sidewalks, and roads, being intoxicated in a mall, restaurant, or club could lead to a criminal charge. Even in places that are permitted to sell alcohol, one can become intoxicated enough to be arrested for public intoxication. Lastly, even your own property can be classified as public in some instances where it is easily visible to others. Some examples of this would be one’s car parked in a parking lot or even one’s own front yard in some cases.

The third requirement of PC 647f makes it clear that being under the influence in public alone is not a crime. One requirement of being convicted for public intoxication is that a person must be so intoxicated that they cannot take care of themselves/others or block a public entity.

What Are the Criminal Punishments for Public Intoxication?

Public intoxication is classified as a misdemeanor in California and is punishable by up to 6 months in county jail and/or a fine up to $1000. In many cases, jail time can be substituted with other alternatives, such as probation with mandatory rehabilitation, or community service.

Penal Code section 647g authorizes a police officer or other peace officer to place someone in violation of public intoxication laws in civil protective custody (drunk tank) until it is safe and reasonable for the defendant to leave.

What Are Some Ways to Defend Me If I Am Accused of Public Intoxication?

Involuntary intoxication is one potential defense. If one was forcefully or unknowingly given substances that led to their intoxication, this would disqualify them from being charged with public intoxication. Some examples include:

One can also defend themselves by trying to establish that they were not in a public place at the time of intoxication. This is a very grey area with different rules depending on the state you live in. If you were charged with public intoxication on the premises of you or a friend’s property, this may be a defense worth looking into.

Are you in need of additional information regarding public intoxication laws in California? Feel free to give KAASS Law a call anytime at (310) 943-1171 in order to speak with our legal team.