Sexual Assault in an Uber 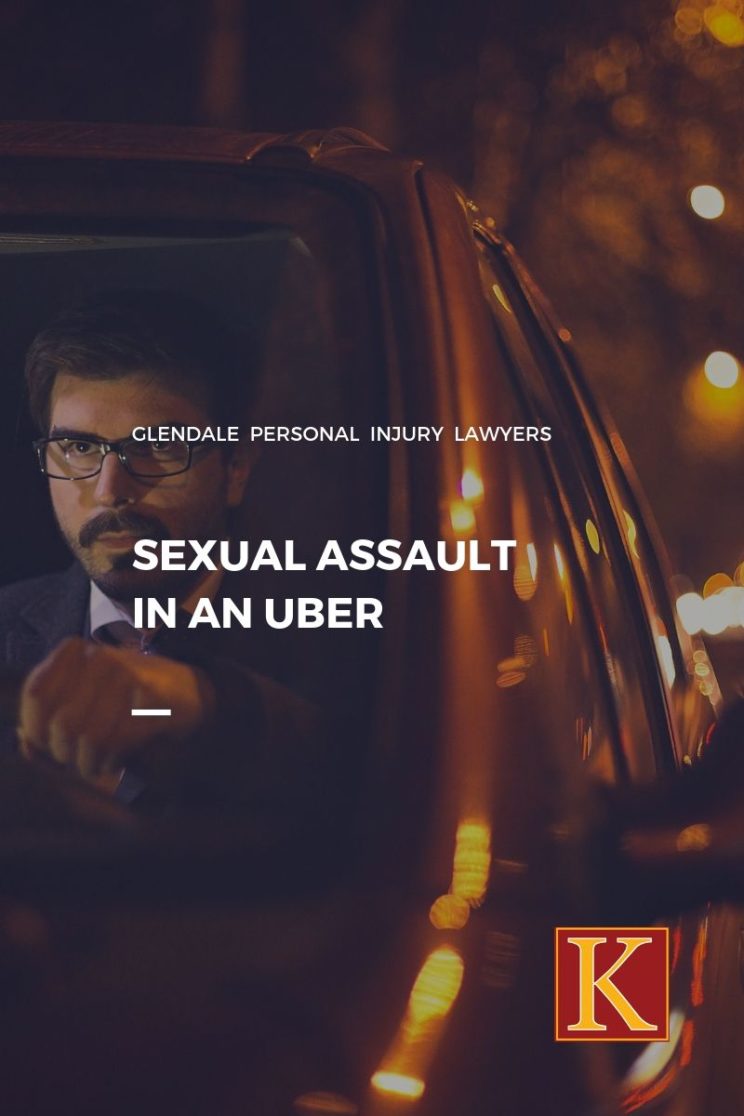 Sexual assault by Uber drivers is not uncommon, and the sexual assault itself is prevalent all over. A person must give consent for being touched, and without consent, anyone who is touching or behaving inappropriately can be targeted for assault or harassment.

Sexual Assault  in an Uber

Sexual Assault, Touching, or Rape in an Uber Examples of sexual and physical attacks include:

Depending on the nature of the crime a number of injuries in addition to sexual assault can be caused to the victim. Here is an incomplete list of injures:

What Can a Victim of Uber Sexual Assault Do?

The following are the steps the victim must undertake:

In the state of California for personal injury, claims victim has up to two years from the date of the act to file a claim. In case the victim exceeds this statute of limitations, the claim can be outright denied. Therefore, it is important to file a claim against Uber and the driver as soon as possible.

The judge will consider the level of injuries inflicted upon the victim. Sexual harassment includes lewd conduct, suggestive language, unwarranted sexual advances, and requests for sexual favors. It leads to uncomfortable situations but generally does not enter the physical realm. However, when it does, it becomes sexual assault, which includes groping, assault and battery, kidnapping, inappropriate touching, threats and intimidation, sexual assault and rape, or any use of physical violence or force.

A victim can also file a claim against both the driver and Uber. The Uber driver is a person who has committed the acts and can be responsibly liable for his unlawful actions, but the Company can also be complicit if it was negligent in the hiring process or service provision. There is a case of negligence if the driver had a prior conviction of sexual assault or other related crimes and Uber hired him anyway.

What Types of Damages Can a Victim of Sexual Assault in an Uber Can Recover?

The victim of sexual assault in an Uber can collect the following types of damages: