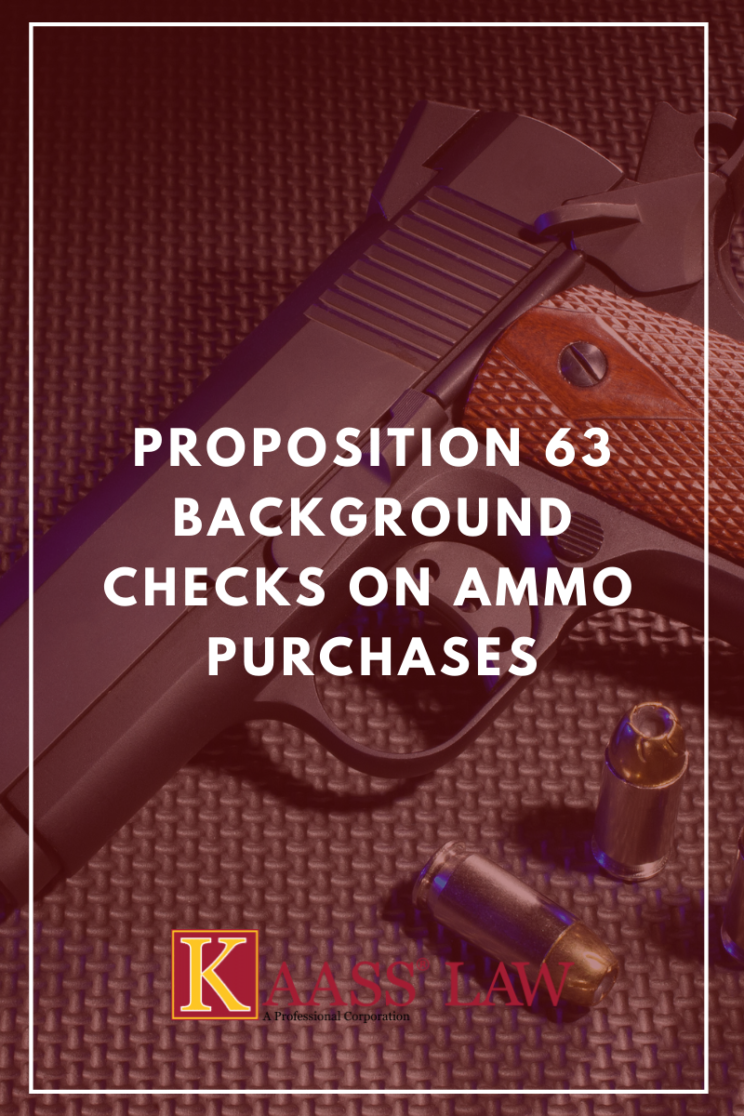 Proposition 63 is the California ballot proposition that passed as of November 8, 2016. Prop 63 requires background checks and a California Department of Justice (DOJ) authorization in order to purchase ammunition. Additionally, Proposition 63 banned the possession of high-capacity ammunition magazines that are over ten (10) pounds.

What is a High-Capacity Magazine?

A high-capacity magazine is a firearm magazine that may hold more than ten (10) or fifteen (15) rounds of ammunition.

What is the Current Law Regarding Large-Capacity Magazines?

Does Proposition 63 and its ban on Large-Capacity Magazines Violate the Second Amendment of the United States?

Proposition 63’s ban on large-capacity ammunition magazines was ruled unconstitutional by the Ninth Circuit of California. Specifically, Judge Kenneth Lee wrote the majority’s opinion and stated that “the state could ban virtually anything if the test is merely whether something causes social ills when someone other than its lawful owner misuses it. Adopting such a radical position would give the government carte ban to restrict the people’s liberties under the guise of protecting them.” Duncan v. Becerra, Ninth Circuit Court of Appeals, August 14, 2020.

Can You Be Prosecuted for Violating Proposition 63?

For more information about how the large-capacity magazines, schedule a consultation by contacting our Los Angeles criminal defense attorneys at KAASS Law at (310) 943.1171.