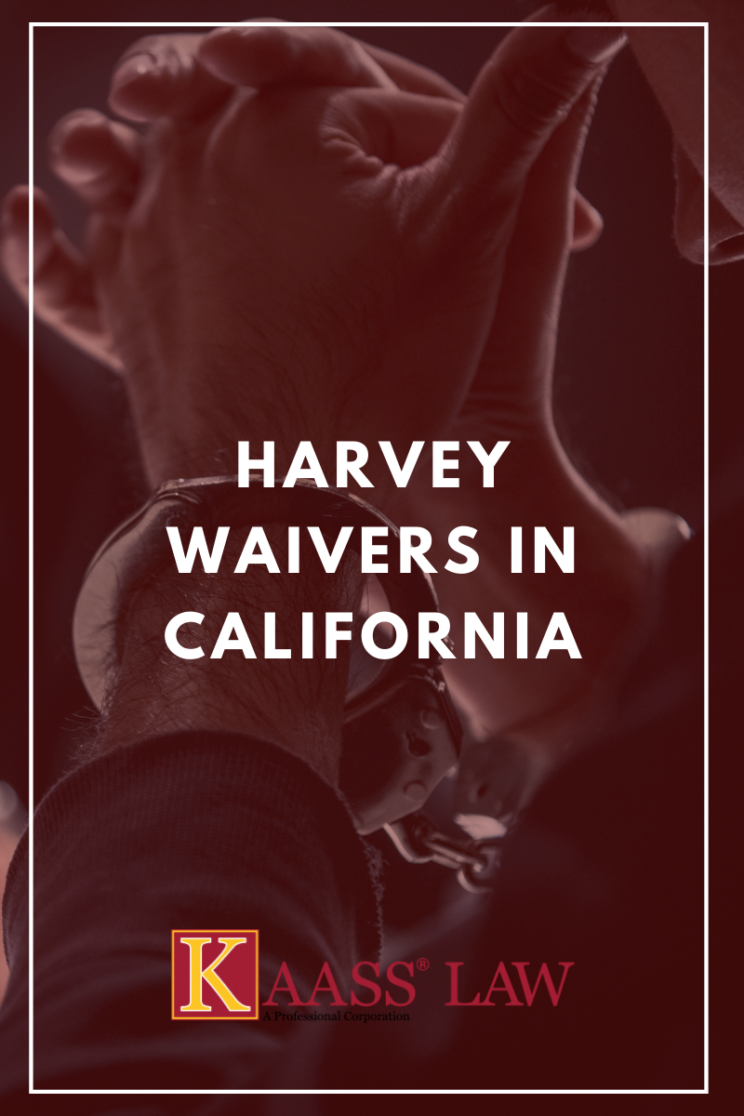 What is a Harvey Waiver?

Harvey waiver is a rule that came out of the court case People v. Harvey (1975) 25 Cal.3d 754. The court ruled that facts supporting charges which are dismissed may not be used to impose sentencing consequences unless the parties waive this right. In other words, a Harvey waiver is a stipulation or agreement, by a defendant that any charges dismissed in his case can be considered against him at sentencing.

How does a Harvey Waiver Apply to a Case?

Harvey waiver applies to criminal cases. Although a defendant’s charges will be dismissed, under Harvey waiver, charges will be considered against him or her during sentencing. Sentencing is a form of a criminal hearing in which the judge enforces penalties on the defendant who has been convicted of a crime.

How does Harvey Waiver Apply to a Restitution Hearing?

Harvey waiver applies to a restitution hearing since the defendant’s charges, though otherwise dismissed, will be used to determine the following:

However, in some cases, restitution may be provided at the beginning rather than at the end of a criminal matter. Should this occur, a civil compromise is conducted in that the judge can dismiss the defendant’s criminal charge once they have compensated the victims for any damages caused due to the crime.

What is a Restitution Hearing?

A restitution hearing is a hearing that occurs in a criminal case. The court determines how much the defendant should pay the victims that have been harmed as a result of the crime committed by the defendant. Thus, the court will order the defendant to pay the restitution.

What is a Civil Compromise?

Under California Penal Code Sections 1377 and 1378, a civil compromise is a method that allows people charged with misdemeanors to have their cases dismissed after compensating the victims for the caused damages.

How Much will the Defendant Have to Pay as Part of Their Restitution?

Under California law, victims are entitled to recover the full amount for any reasonable loss or expense. However, if the full amount for restitution is not known at the time of the defendant’s sentencing, the judge can include a provision that the victim compensation will be ordered based on the amount “to be determined.”

What is the California Victim Compensation Board?

For more information about how Harvey waiver can affect your case, schedule a consultation by contacting Los Angeles Criminal Defense Attorneys at KAASS Law at (310) 943.1171.