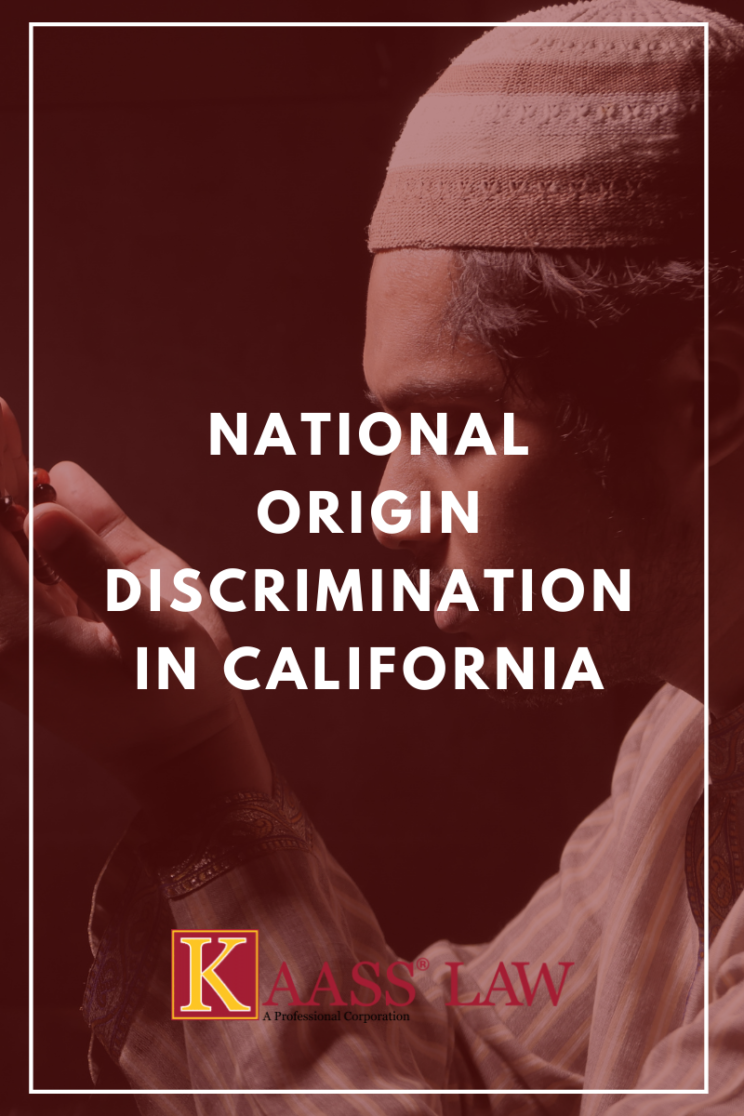 The regulations clarify the definition of “national origin” and includes “the individual’s or an ancestor’s actual or perceived characteristics including:

The regulations also provide protections to “national origin groups” including geographic places of origin, ethnic groups, and countries that are not presently in existence.

Under this definition, an employee’s protected national origin status includes:

The regulations also state that “undocumented employee or applicant employee” is the appropriate reference to someone who lacks authorization under federal law to be or work in the USA.

Since 2001, the State of California has prohibited employers from adopting a policy that prohibits or limits the use of any particular language in the workplace, unless the employer met certain notice requirements and a business necessity justified the restriction.

The regulations also state additional restrictions on employers who limit or prohibit employees from using any language in the workplace.

Workplace language restrictions are prohibited unless:

According to the regulations “English-only rules are not lawful during an employee’s non-work time, such as lunch, breaks or unpaid employer-sponsored events.

The regulations place some restrictions on immigration-related practices also. The employer is prohibited from making inquiries into an employee’s immigration status unless he can present clear and convincing evidence that such inquiry is necessary to comply with federal immigration law.

It is also illegal for an employer to retaliate against or discriminate against the employee because of the employee’s immigration status unless he can present clear and convincing evidence that such inquiry is necessary to comply with federal immigration law. The employer can’t take adverse action against an employee who updates or attempts to update his personal information because of a change in the name, government-issued employment documents, or social security number.

If you believe that you have been discriminated against due to your national origin, we invite you to contact our Los Angeles employment lawyer at (310) 943-1171 for a free consultation and case reivew.