How to File a California Tort Claims Act 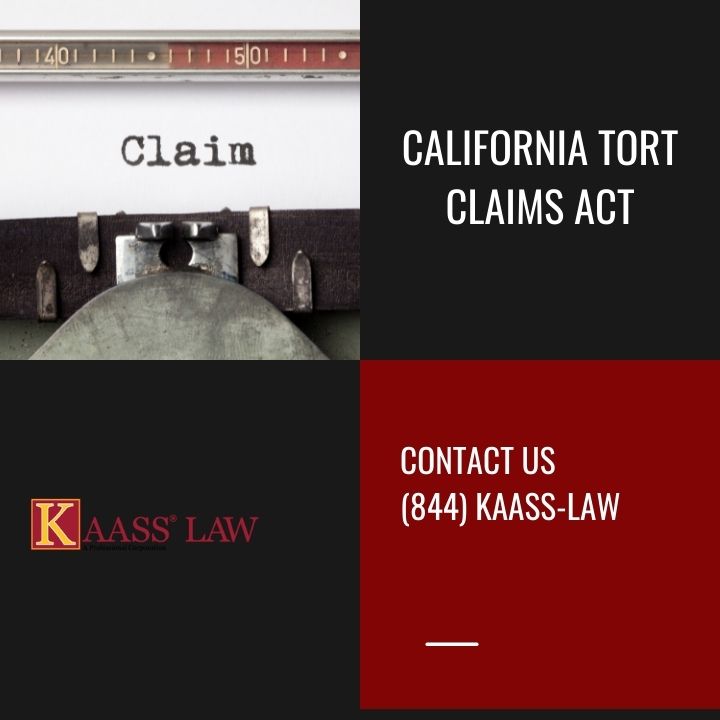 According to the California Tort Claims Act (California Government Code sections 810 through 996.6), a public entity is not liable for an injury by the public entity or any of its employees. The rule of sovereign immunity is another name for this general rule. Though, the law also has certain limited exceptions that allow the State of California to face liability.

What Claims Can Have Coverage Under the California Tort Claims Act?

All actions against a public entity seeking money or damages must proceed a claim, unless the action is excluding:

A government agency or entity is legally responsible for the negligent acts of its employees, in case they were acting in the scope of their employment and/or they were performing government function at the time of the accident happened. Under the California Tort Claims Act, the claimant has to file a claim with the entity or agency which employs the negligent employee. It is not permissible, according to CTCA, to file claims directly against the negligent party.

In California, public entities can also be responsible for injuries caused by the negligence of their independent contractors.

Filing a Claim Under the California Tort Claims Act

The injury victim must give notice of his or her claim to the State of California, a county government, or a municipal government agency in order to file a claim against them. 6 This could include filing a report or sending a letter that serves as notice if it meets all of the necessary criteria. Many agencies and municipalities, on the other hand, have claim forms that individuals can fill out to notify them of a claim.

The claim must include the following information:

Your claim may be invalidated if you do not provide all of the required information. A claim may be denied if it is not filed properly within the time limit set by law.

Can a Government be Responsible for my Injures?

In certain circumstances, the government can be legally liable for personal injury damages under the Act. The following are examples of these scenarios:

Statute of Limitations for Filing a Tort Claim in California

For claims involving the following, a notice must be filed within six months:

The six-month period may not begin to run until the plaintiff discovers (or should have discovered) the injury in very limited circumstances. In a medical malpractice case, for example, the victim may not be aware of an accident or injury for weeks or months.

If you or a loved one has been harmed as the result of another’s negligence, then you may be entitled to compensation. If that is the case, contact our Glendale personal injury lawyer today for a consultation and case review. Please feel free to give our office a call at 310.943.1171.