Bringing a Claim Against the Government of California 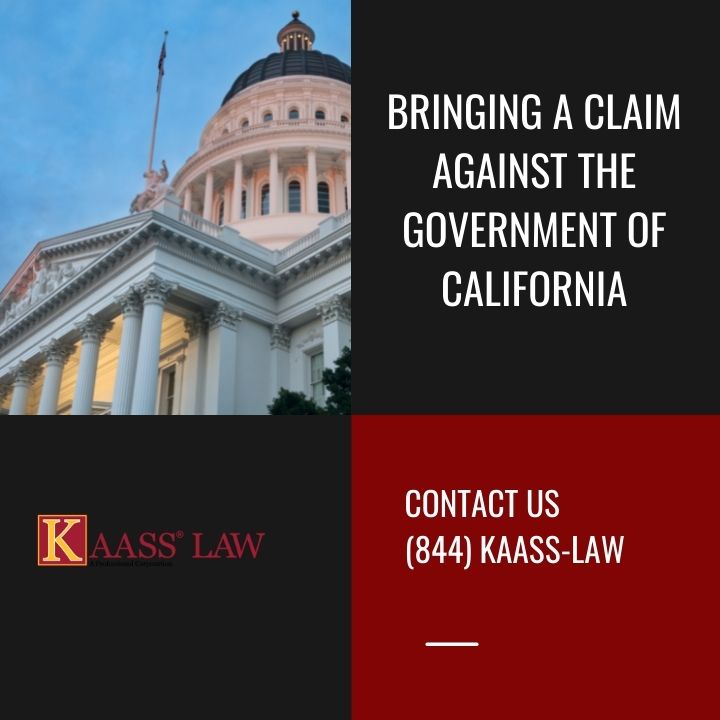 In California, a government entity can be liable for negligent or intentional acts of its employees committed by a private individual or company. In case a person has injuries as a result of some governmental action, there are some certain rules he must follow to successfully establish his legal rights.

Examples of Claims Against a Governmental Entity or Agency

According to California law, there are very strict deadlines to sue the government. A person must file a claim within six months of the date of his injury if he intends to sue a governmental entity or agency in California. In case the claim is not filed within the six-month period, it will be barred by law. This rule is also applicable to minors.

Though in some certain limited cases a person can obtain relief from the court to file a claim within 1 year after the injury.

How Do I File a Claim Against the Government in California?

The damage victim must send notice of his or her claim to the State of California, a county government, or a municipal government agency in order to file a claim against them. 6 This could include submitting a report or sending a letter that serves as notice if it meets all of the relevant criteria. Many agencies and towns, on the other hand, provide claim forms that individuals can fill out to notify them of a claim.

What Information Needs to Be in Government Claims?

Government claims in California must include the following:

If you don’t submit all of the information that is a requirement, they may reject your claim. Other reason could be if you didn’t file a claim within the time limits.

What Damages Can a Claimant Recover in a Case Against the Government?

You have two options for resolving your federal government dispute. First, you’ll have the opportunity to negotiate an out-of-court settlement with the government attorney assigned to your case during the administrative claim procedure.

If you file a case in federal court, you’ll get a second chance to bargain with a new team of lawyers from the Department of Justice.

A claimant is entitled to recover damages against the government in the same manner as he would be allowed to recover against a private company, including:

There are two major exceptions in recovering damages in a case against the government:

If you have been injured as a result of governmental negligence, then you may be entitled to compensation. If that is the case, contact our Glendale  lawyer today for a consultation and case review. This type of lawsuit is an extremely complex legal process. Please feel free to give our office a call at 310.943.1171.