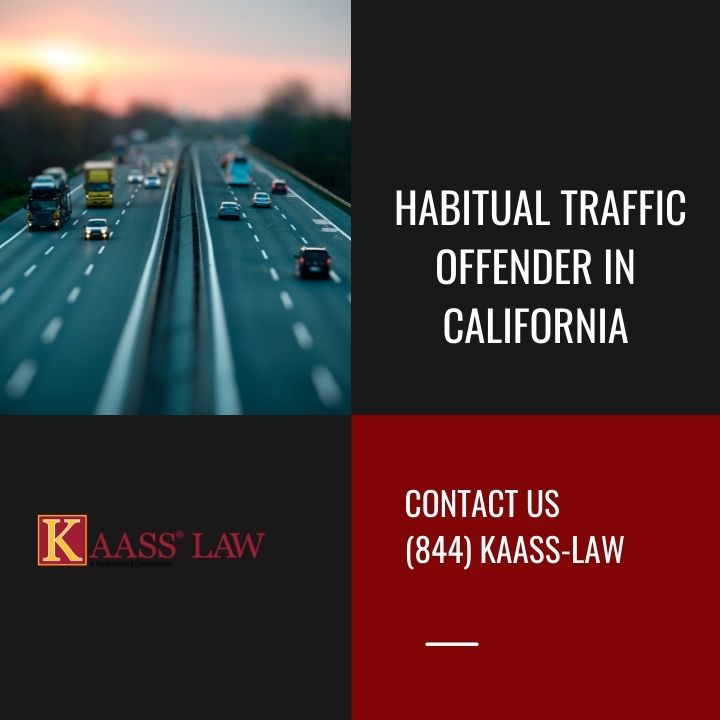 The California law known as Vehicle Code 14601.3 VC defines a habitual traffic offender as anyone who drives with a license that is suspended or revoked and racks up too many points on their DMV record. Traffic infractions and vehicular offenses like DUI and dangerous driving result in the accumulation of points.

A driver might become an HTO if they have a history of driving while their license is suspended or revoked. When a driver accumulates points on his DMV record, a history is generated.

What Constitutes a Habitual Traffic Offender Under California law?

To establish that a person is a habitual traffic offender under this section, the prosecution must establish the factors listed below:

The DMV is believed to have mailed the driver a notice of a suspension or revocation if the third criterion listed above, knowledge, is present. As a result of the fourth requirement above, the convictions need not be the result of distinct offenses.

A person charged of this crime may refute the charge by making a legal argument. A strong defense frequently results in a charge being dropped or reduced. Please be aware, however, that in order to have the best defense possible, an accused person must retain legal counsel.

There are three typical defenses put forth by the defendant:

No Notice or Knowledge of License Suspension

Remember that in order to be prosecuted with a violation of Vehicle Code 14601.3, a person must be aware that their driving privileges have previously been suspended or revoked. A driver normally learns about a suspension or revocation by receiving a notice from the DMV via regular mail.

Thus, a solid defense is for a person to assert that he never received proper notice, and therefore, had no knowledge that his license was in fact suspended or revoked.

A defendant who asserts a necessity defense effectively tries to disprove his guilt by demonstrating that he had a compelling enough cause to do the offense. This defense is occasionally referred to as “guilty with an explanation.” An accused person facing allegations of habitual traffic offenses may try to prove that he was forced to drive with a license that was suspended or revoked or commit a moving infraction (e.g., because of an emergency).

Accidents and traffic violations frequently occur rapidly. As a result, it can be quite challenging to locate eyewitnesses who can support accusations made under VC 14601.3. This may result in erroneous identifications of offenders and fraudulent arrests. Therefore, charges should be dropped if the prosecution cannot establish beyond a reasonable doubt that the defendant committed the crime or was the cause of the accident.

Depending on how many convictions the defendant has under Vehicle Code 14601.3, they may be subject to additional penalties for habitual traffic offenders.

After their initial conviction, a defendant gets:

Any subsequent offense that occurs within seven years of a prior conviction, or a second conviction, results in:

Call our law office for a free consultation if you or someone you know has been charged with breaking California Vehicle Code 14601.3.  Please feel free to give our office a call at 310.943.1171.