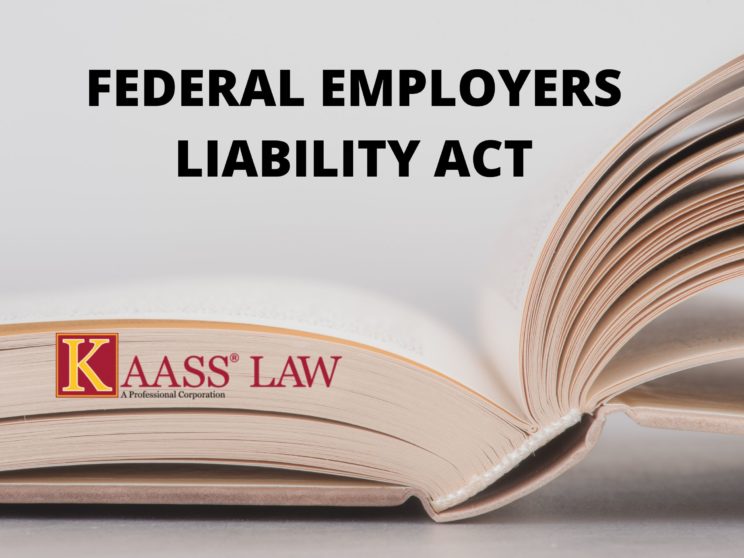 Federal Employers Liability Act (FELA) is a U.S. federal law which has the aim to protect and compensate railroad workers injured on the job, in case the worker is able to establish that the railroad was at least partially negligent in causing him and injury.

According to CACI 2900, in case the plaintiff claims that while he was employed by the defendant, he was harmed by his negligence he must be able to prove all the following elements to establish the claim:

To prove that a railroad breached its duty the plaintiff must prove the circumstances which a reasonable person would foresee as creating a potential for harm and that this breach played any part, even the slightest, in producing the injury or harm to the plaintiff.

Railroad worker injury claims are based on the negligence standard and are not similar to ordinary California workers’ compensation claims.

To get benefits under Federal Employers Liability Act, the injured railroad worker must be able to prove that the injury was caused in part or in whole, by the negligent conduct of a railroad employee, its contractor or agent, or from a defective piece of equipment, and that the negligence contributed to the accident.

Who Is Covered by FELA?

Federal Employers’ Liability Act is not merely limited to employees who work on the train and covers a broad range of railroad employees, including:

Statute of Limitations for Filing a Claim Under FELA

Injured railroad worker must file a claim under FELA within a three-year period. In case the worker fails to initiate the claim before the mentioned deadline, his case will be dismissed as a matter of federal law.

This is one of the main differences between standard workers’ compensation claims and FELA claims. Workers are not merely limited to seeking compensation for a part of lost wages and medical benefits.

Injured railroad workers are entitled to get compensation for their noneconomic losses, including pain and suffering. Federal Employers Liability Act covers injuries due to asbestos exposure, as well as cumulative trauma injuries and repetitive stress.

Additionally, FELA cases have played an important role in establishing the precedent for many tort law issues, such as damages allocation and standards for employee safety and working conditions. Are you in need of additional information? Our employment law attorney at KAASS Law would be happy to help. Get in touch with us now at (310) 943-1171 now!