Can You Sue a Doctor For Sexual Assault in California? 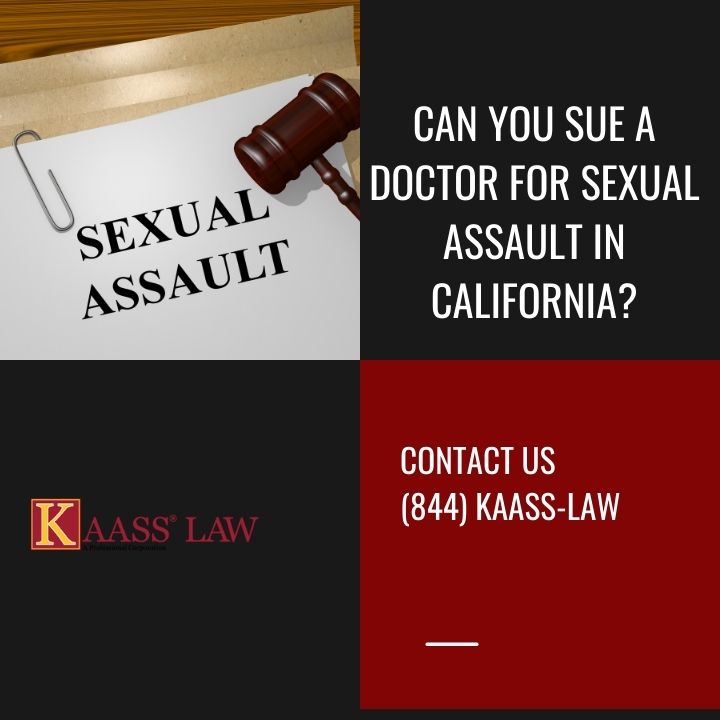 Have you ever come across news concerning a lawsuit against doctors for sexual harassment? In the latest news, there was information regarding compensation to 6600 patients by the University of California for sexual harassment of a gynecologist. The abuse included sexual inappropriate comments to patients, touching them without medical gloves, etc.

Sexual assault/abuse/harassment are criminalized under California law. However, filing a lawsuit for such crimes against doctors is a personal injury claim. The claim is mostly focused on receiving compensation for the damages caused by the criminal actions of doctors rather than seeing the doctor convicted to imprisonment in jail.

Who are the Addresses of such Lawsuits?

The first addressee is the doctor, who caused the injury to the patient. However, a doctor’s employer (hospital, clinics, college, university) can also be liable for the actions of the doctor. What is the reason to implicate the employer? It helps to increase the amount of compensation you can receive in the recovery of your damages. Mostly, the plaintiff must show that the doctor was not competent and was working negligently, as well as that the employer knew the doctor could be of a risk for the patients.

Who can File the Lawsuit?

The main plaintiff is the patient-who suffered from the actions of the doctor. However, the victim’s family members, even domestic partners, or legal heirs can also act as a plaintiff for such a lawsuit. Anyone who’s been the target of one of the following offenses can sue the doctor who caused them harm:

What are the Terms to File for the Civil Lawsuit?

Under California law, you can file for this kind of lawsuit in 2 years period from the date of the commitment of the assault.

In case the victim was assaulted while being a child, the term for filing for the civil lawsuit extends to his 26th birthday or 3 years after the discovery that the victim had a psychological illness that occurred after the victim of abuse turned 18, and that this illness was a result of that particular abuse.

What compensation can the victim receive if they file the civil lawsuit?

The compensation types which are possible to receive include the recovery of:

If you or a loved one has been harmed as the result of sexual assault, then you may be entitled to compensation. If that is the case, contact our Glendale personal injury lawyer today for a consultation and case review. A sexual assault lawsuit is an extremely complex legal process in which plaintiffs are suing doctors who was not competent at their work place. Please feel free to give our office a call at 310.943.1171.