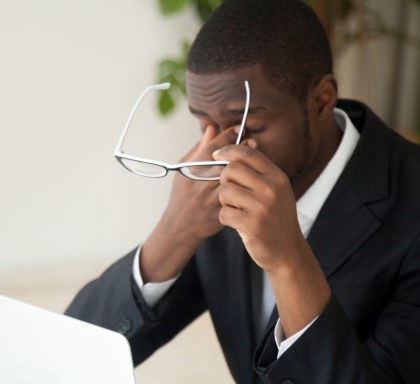 PC 653m (a) states, “Every person who, with intent to annoy, telephones or makes contact by means of an electronic communication device with another and addresses to or about the other person any obscene language or addresses to the other person any threat to inflict injury to the person or property of the person addressed or any member of his or her family, is guilty of a misdemeanor.”

PC 653m (b) states, “Every person who, with intent to annoy, telephones or makes contact by means of an electronic communication device with another and addresses to or about the other person any obscene language or addresses to the other person any threat to inflict injury to the person or property of the person addressed or any member of his or her family, is guilty of a misdemeanor. Nothing in this subdivision shall apply to telephone calls or electronic contacts made in good faith.”

Making a “prank call” is not always a crime in the state of California. However, there are certain characteristics of electronic messages that can make it an illegal act.

The first element of this crime is that you must have sent a message through a form of electronic communication. While it can be sent through a call or voice message, PC 653m also includes visual forms of electronic communication such as text messages, emails, and faxes. It is required that you knowingly and intentionally acted, but it is important to keep in mind that you did not necessarily have to send the message yourself to be charged with violating PC 653m, as long as it came from your electronic device.

Example: A mother frequently lets her children use her phone to make prank calls to a pizza restaurant for their own amusement. The mother knows that they use her phone for this purpose, and the kids do so repeatedly with the intent to annoy the restaurant workers. The mother could be found in violation of PC 653m even though she didn’t make the calls, because she knowingly let her kids use her device to do so.

The next element regards the content of the calls or messages sent. It is required that they do one of the following:

Lastly, it must be proven that the messages were sent to harass or annoy the recipient. Even if the messages sound annoying or threatening, it must have been the intent of the sender to do so.

To summarize, the 3 elements of this crime are:

PC 653m is considered a misdemeanor offense in the state of California, meaning that the punishments could include:

While the offense itself does not carry very severe punishments, this is a crime that is commonly associated with others due to the fact that the content of the calls can sometimes lead to more charges. Making a direct threat over the phone would be a violation of PC 653m, for example, but it can also be its own crime (sometimes a felony) as stated in PC 422.

There are plenty of defenses that can be used against a false accusation of violating PC 653m. Some of these are:

EX: Joe calls his friend, Bill, who doesn’t pick up, so he leaves a voice message for him. Joe and Bill are known to use obscene language with each other, so Joe jokingly includes some obscenities in the message. Bill’s wife, who doesn’t know Joe, listens to the message and is disgusted, so she calls the police on Joe and has him arrested for violating PC 653m. Joe should be found innocent because he has an established history of using vulgar language with Bill.

Your message must have also been sent with the intention of harassing or annoying someone. This does not simply mean that someone was annoyed or felt harassed, but the sender must have meant to annoy or harass. A telemarketer that calls every day may be annoying, however they do not call with that intention, but rather to sell their product.