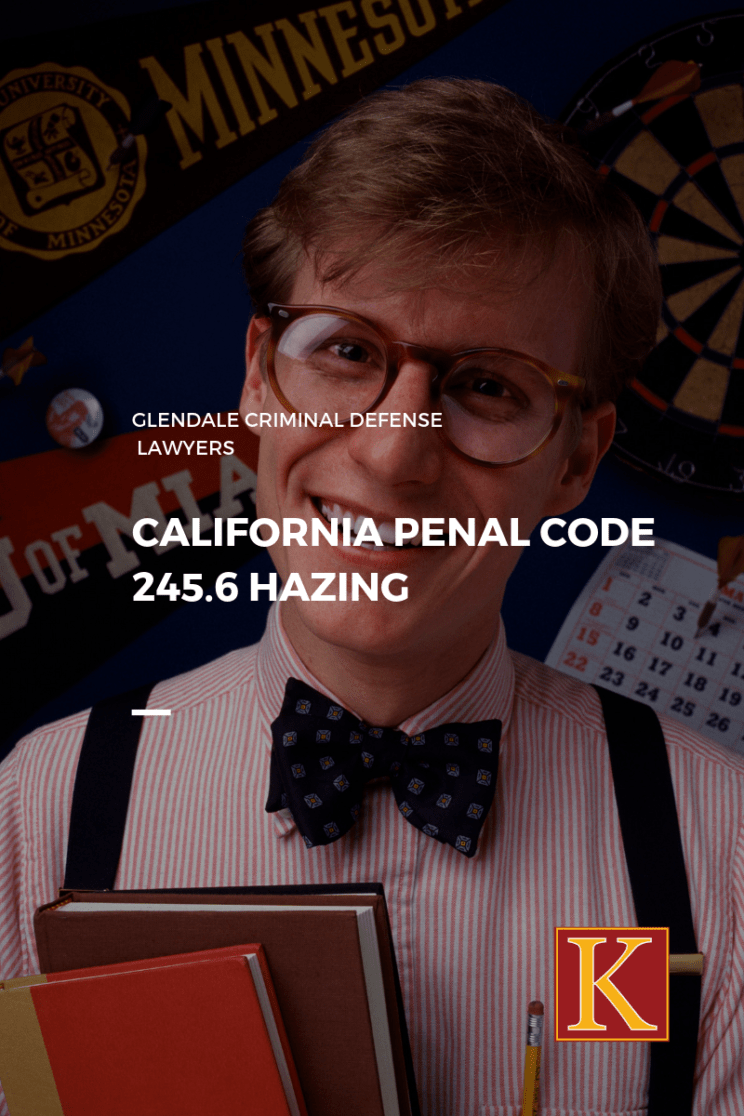 According to California Penal Code 245.6 (PC-245.6) it is illegal to participate in initiation activities that are likely to cause serious bodily injury to a current, former or prospective student.

The law applies to any student body or student organization regardless of whether it is officially recognized by an educational institution or not.

To be Found Guilty of Penal Code 245.6 Hazing in California

The following elements of the crime must be proven by a prosecutor.

Hazing must be a part of an initiation or pre-initiation ceremony and must be focused either on people seeking membership to the group or on people who have just joined the group.

In case all other elements are met the following hazing actions can be considered criminal:

Under California criminal law “serious bodily injury” is a serious impairment of physical condition. Examples include, but are not limited to:

Activities that result exclusively in embarrassment or emotional injury do not count as hazing under Penal Code Section 245.6.

Penalties for violating California Penal Code Section 245.6 are as follows

In California law crime of hazing is considered a misdemeanor offence when it does not actually result in serious bodily injury to anyone. The penalties are the following:

In case hazing has caused death or serious bodily injury, then everyone who personally participated in the crime of hazing can be charged with a wobbler.  Prosecutor can choose to charge it as either a misdemeanor or a felony, depending on the defendant’s criminal history and the case facts.

Penalties for hazing as a misdemeanor will be the same as above mentioned.

Penalties for Felony conviction of Penal Code 245.6 include

Because hazing takes place in a school setting usually the defendants are under the age of 18, and instead of being tried in criminal courts their case will generally be handled in the California juvenile court system. The penalties for a person under the age of 18 are less harsh and are aimed more to rehabilitate him rather than punish. Potential penalties for a juvenile offender are the following:

Have you been arrested for hazing? If you are in or around Los Angeles County, a Glendale criminal defense attorney at KAASS LAW can provide you with legal assistance.