What are Coaches’ Obligations to Student-Athletes? Part 1 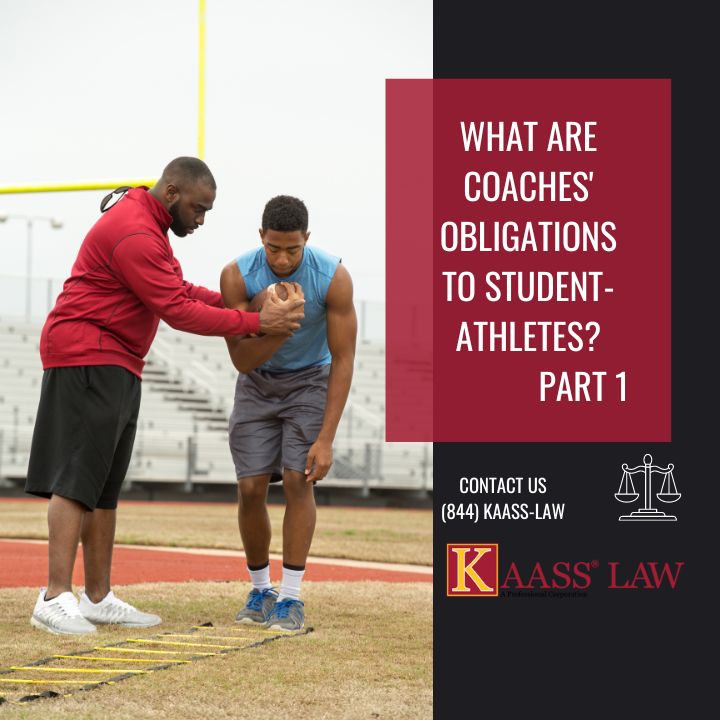 With a few exceptions, it is a requirement for all children between the ages of six and eighteen to enroll in and attend school. With this change in custody, school administrators now have parental authority over pupils and are subject to the same rules and regulations as parents. According to the law, the school district and its students have a unique connection. In effect, officials at the school have an affirmative duty to safeguard pupils from known risks of harm by taking reasonable precautions.

All public school employees and students have the unalienable right to attend campuses that are secure, tranquil, and safe. (California Constitution, Art. I,). No matter if they are optional or required, extracurricular activities sponsored by the school share the special bond that a school district has with its students. Because of this unique relationship, school districts have “a heightened duty to make the school secure” (Constantinescu v. Conejo Valley Unified School Dist. (1993).

The main assumption of a risk-based affirmative defense to liability in the context of sports has long been acknowledged by the California Supreme Court. The law likely achieves the intended effect of making those who could be held accountable more circumspect. This is desirable in a lot of circumstances. To avoid hurting innocent bystanders, it is advantageous for operators of heavy mobile gear to exercise caution when using the equipment.

The primary assumption of the risk concept is being in use for the context of sports to prevent acknowledging a duty of care when doing so would change the nature of energetic activity or discourage robust participation. This issue relates to the process of becoming proficient or successful in such a sport. Khan v. East Side Union High School District, for example.

The California Supreme Court defined the principle of primary assumption of risk in the context of sports in Knight v. Jewett. In this case, a fellow athlete was accused of negligence in the incident. The court ruled that even though the sport’s rules forbid that form of physical contact, a participant may only be legally liable if they willfully harm another player or act recklessly.

The Supreme Court reviewed the principal assumption of risk concept in Kahn v. East Side Union H.S. During practice, a 14-year-old junior varsity swimmer for the other school district broke her neck. The plaintiff filed a lawsuit, alleging careless guidance and oversight. The Court of Appeal upheld the trial court’s decision to grant the defendant’s motion for summary judgment. Before the race, the student planned to practice the shallow dive, but a serious injury prohibited him from taking part. There was proof that the teacher never told the pupil to only practice in his presence.

The Character of the Game

According to Kahn v. East Side Union H.S, it would not be acceptable to acknowledge a duty of care when doing so would require giving up a fundamental component of the sport or discouraging active participation in sporting events. However, the type and extent of risks unique to one sport won’t necessarily transfer to another. Understanding the nature and rules of the game is necessary to comprehend the hazards that come with a specific sport.

All parties’ obligations will be customized to the specifics of the sport. For instance, the risks involved with baseball differ from those involved in skiing and water polo. As a result, parties should research sporting governing bodies, hire subject-matter experts, and speak with people who have played and competed in the sport.

For additional information regarding this topic, please see our second part on coaches’ obligations to student-athletes.