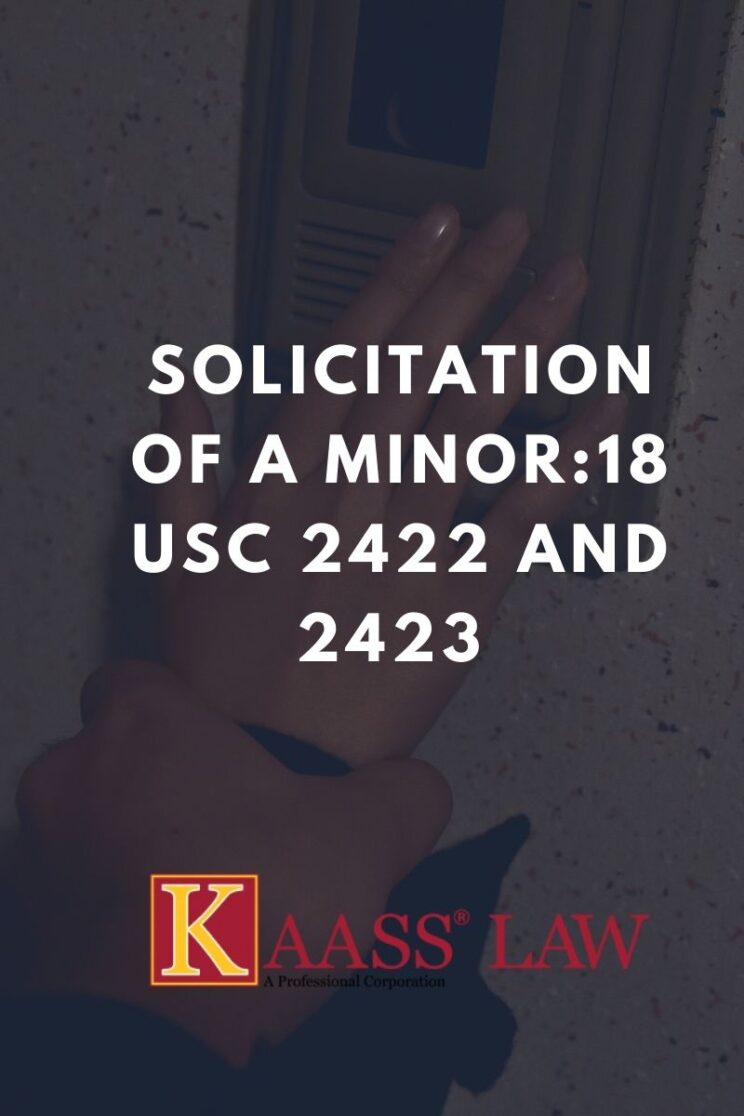 According to 18 USC 2422 and 2423, it is unlawful to engage in sexual activity and conduct with minors.

What Must the Prosecution Establish in Order to be Convicted of 18 USC Sections 2422 and 2423?

What is Illegal or Illicit Sexual Conduct Under Federal Law?

Who is a Considered a Minor Under Federal Law?

Parties Involved in the Solicitation of a Minor

Any person can be an offender. The offender doesn’t need to be limited to only one person, either: any person who intentionally and knowingly assists in the coercion, transit, or sexual activity can be prosecuted.

What are the Penalties for a Federal Solicitation of a Minor Conviction?

Depending on the case circumstances federal solicitation of a minor can be charged as either a misdemeanor or a felony.

What are the Penalties for 18 Section 2423 Conviction?

According to 18 Section 2423, the defendant is charged with traveling to another state, coming to the US, or traveling internationally and engaging in unlawful sexual activity with a person under 18, he will face:

Other Penalties for a Federal Sex Crime Conviction

Additionally, punishment for any federal sex crime is usually accompanied by an obligation to join the national sex registry. The registry compiles the information of sex offenders across all states and can have a severe impact on offender’s ability to find employment and keep a residence. The offender will be required to register as a sex offender for 15 years, 25 years, or for life. Failure to register can be charged as a separate crime with up to 10 years in federal prison and considerable fines.

KAASS Law experienced attorneys are specialized in state and federal sex crimes, including sex crimes involving minors. Contact our office at (310) 943-1171 to learn how our team can help you.