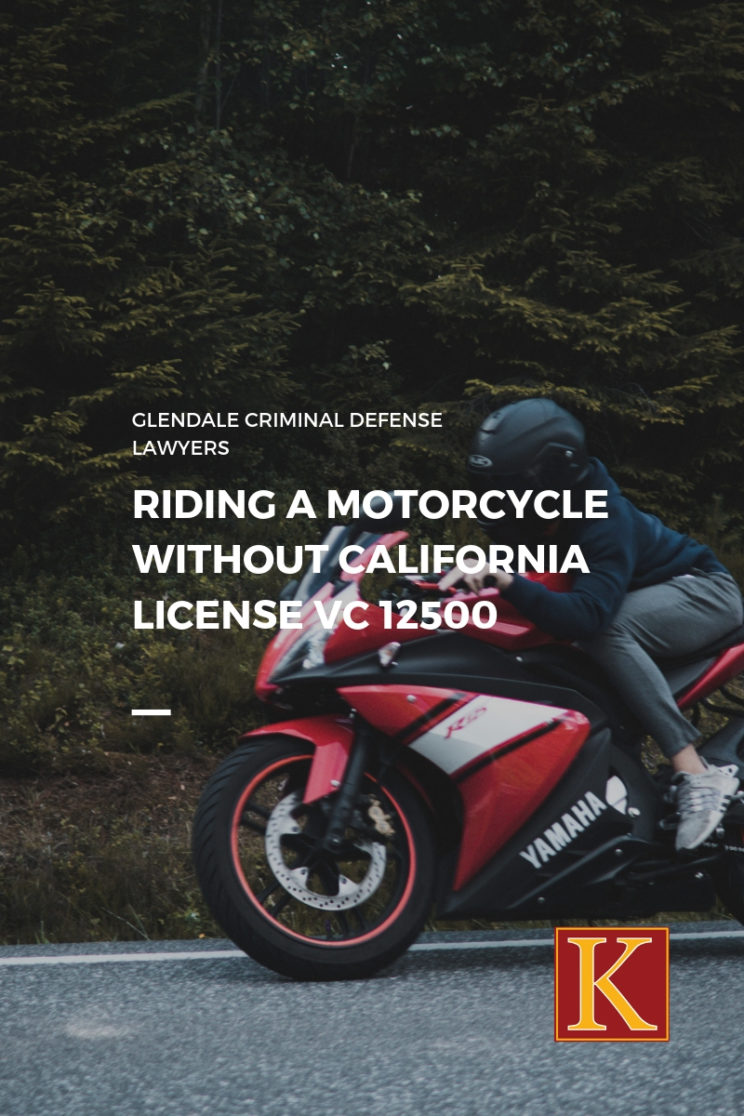 VC 12500 Driving a Motorcycle in California Without a License

According to California Vehicle Code § 12500 It is illegal in California to drive a motorcycle, or any motor-driven or motorized cycle, unless you have a valid driver’s license to do so.

However, a drivers license does not need to be issued in California for it to be valid. Nonresidents of California are permitted to drive in California as long as they are over the age of 18, and have, in their possession, a valid driver’s license from the jurisdiction in which they reside.

What Does “State of Domicile” Mean?

According to California Vehicle Code § 12505, an individual’s place of residence is determined by their “state of domicile,” which is “the state where a person has his or her true, fixed, and permanent home and principal residence and to which he or she has manifested the intention of returning whenever he or she is absent.”

Under California Vehicle Code 12500(a), a person may not drive a motor vehicle upon a highway, unless the person then holds a valid driver’s license issued under this code, except those persons who are expressly exempted under this code.

What Are The Penalties for VC 12500 Driving a Motorcycle in California Without a License?

The misdemeanor penalties for driving without a license can include:

In order for the court to prove that you are guilty of driving without a valid license, they must establish two elements:

Under California law, drivers are required to carry liability insurance when operating a motor vehicle on a public road. If you were involved in an accident, due to the fault of another, while operating a motor vehicle without liability insurance you likely fall under “Proposition 213”. Under California law, uninsured motorists involved in traffic collisions within the State of California, whether or not the collision was caused by the uninsured motorist, are not allowed to recover general damages such as pain and suffering.

If you have been charged with VC 12500, KAASS Law may be able to help you either dismiss or reduce your VC 12500 charges to a less-serious infraction. If you were involved in a motorcycle accident you were both unlicensed and uninsured at the time of the collision, we further invite you to call our Los Angeles Motorcycle accident lawyer at (310) 943-1171 any time!

Our law firm is dedicated to getting our clients the compensation they deserve. Get in touch with our law firm now or sign up online for a free consultation and case review. We speak English, French, Spanish, Russian, and Armenian.