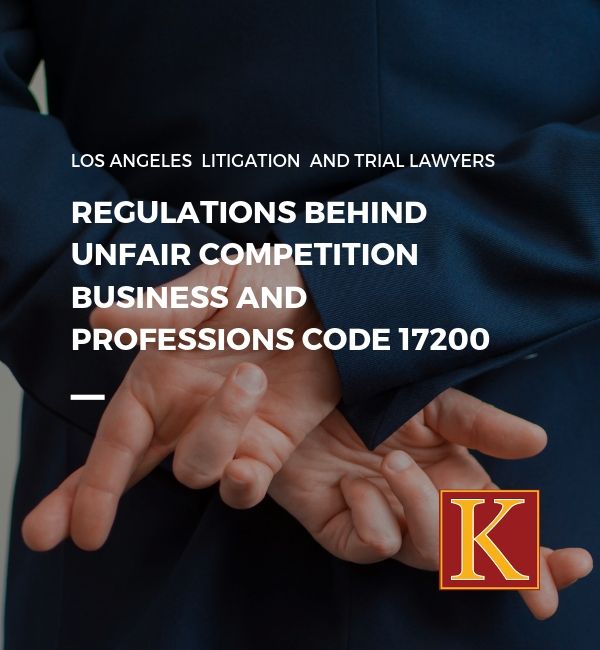 With the constant monopolization of large corporations taking over cities, it is important to know the regulations behind unfair competition, to protect yourself against corporate scrutiny.

Classifications of unfair competition include some of the following examples

It is hard to determine what actions violate the unfair competition laws, however if you are ever in doubt the first step would be to call a lawyer. There are several legal routes to take when a business entity is being oppressed by unfair competition. Filing a lawsuit against an unfair competitor would be the most effective route, in which the plaintiff collects money for every violation. According to BPC 17206, any person who engages in unfair competition will be liable for a civil penalty not exceeding $2500 for each violation.

The court asses each violation made by the Defendant and determines whether it is worthy of a violation. Numerous circumstances are considered when making the final decision, including: the number of violations, seriousness of misconduct, persistence of misconduct, liability, net worth, and defendant’s asset’s.

Give us a call, our litigation and trial attorneys speak English, French, Spanish, Russian, Armenian, Hebrew, Farsi, and Arabic.