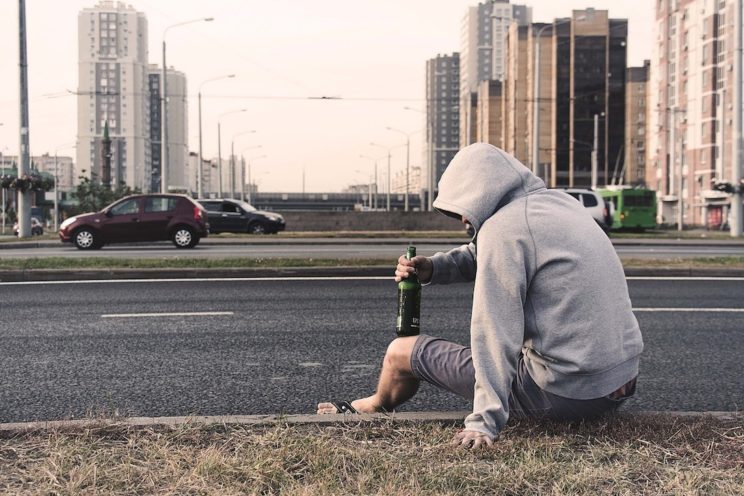 Penal Code 647(f) is California’s public intoxication law. It defines and outlines the criteria by which a person may be found guilty of being intoxicated in a public place and it also sets the penalties for committing such a crime. Though this law may sound relatively straightforward on paper, it’s actually a very nuanced and heavily layered one that requires a lot of proof in order to charge someone with it. And since it’s very likely that you, or someone you know, partakes in drinking it’s especially important to understand the scope of this law so that you know your rights.

Okay, So How Drunk is Drunk?

Glad you asked! This law is very clear as to how intoxicated a person needs to be in order to get charged with a Penal Code 647(f) violation—simply being tipsy, or even wasted, in a public place is not enough to warrant being charged. You would need to be so intoxicated that:

What’s important to note is that if neither of the above points holds true, and you are merely drunk in a public place, like a bar or a street, then you are not guilty of violating this penal code…no matter what an annoyed, or even aggressive, cop might say!

Words carry lots of weight in the legal realm because what is meant and conveyed in the law can be used to argue in favor of, or against someone in a case. As it pertains to public intoxication or “drunk in public” charges, wording is very relevant. This is because the formal legal definition of being “drunk in public” bears with it three very key elements that must hold true in order for the charge to be justified. This means that the prosecutor has to show these elements are true in court for a defendant to get convicted of violating Penal Code 647(f). The elements are:

Therefore, simply being really drunk, even drunk enough to blackout or pass out, does not automatically make you guilty of violating Penal Code 647(f). So, while on the surface it may seem easy enough to denote a law for public intoxication, it actually becomes a very technical and specific process. We can use those technicalities to our advantage.

Willingly Under the Influence

First off, let’s zero in on that first element of the definition we mentioned above. To be willingly under the influence means that you got intoxicated of your own free will. Therefore, the prosecutor would have to establish that you intentionally got drunk or intoxicated and that it was something you did by your own deliberate choice. So, let’s say you were drugged or someone slipped something in your drink. In that scenario, you could not be found guilty of violating Penal Code 647(f). Similarly, let’s say you thought you were enjoying a non-alcoholic beverage, but someone changed your drink and gave you something else…in that situation you would still not be guilty because you did not get intoxicated willingly.

All Publicity is Good Publicity…right?

Now about that second crucial element in the definition—“public”. As far as California law is concerned, a public place is anywhere outside of a private residence where people are free to walk. Some obvious examples that fit the definition would be places like a shopping center, a bar, a restaurant, a movie theater, a street, and a park or a beach. There are some less obvious places that this definition also covers, such as shared, communal hallways or lounges in apartment complexes, the front yard, front porch and driveway of someone’s home, and a parked car on a public road. Similarly, a hotel hallway is a public place, but the actual hotel room is not.

What is Considered a “Public Place” for Purposes of Public Intoxication Charges in California?

It is important to know that a place can be considered ‘public’ even if there aren’t any other people actually present at that location: what matters is that it is accessible to the public, not that anyone is there or likely to be there. On the other hand, some examples of private areas would be places like private homes, apartments or residences, and garages, sheds, guest houses, or backyards. Finally, it’s imperative to keep in mind that you cannot be found guilty of being intoxicated in public if you got drunk or inebriated in a private place, but then were forced out to a public place. There have been instances where people (sometimes even law enforcement!) force intoxicated people to go with them to a public place and then arrest or accuse them of being drunk in public. That’s why it is so important to always know your rights.

The whole third premise of this penal code rests upon safety, specifically denoting when someone poses a threat to safety. The law specifies that a person who is so intoxicated that they are unable to care for themselves or for those around them are considered drunk enough that they pose a risk to the wellbeing of themselves and to those around them. To illustrate this, picture two different people, Leo and Kevin, both of whom are outside of an LA bar at 2 in the morning.

Leo is trying to call for an Uber when a cop comes up to him and questions him. Leo is able to answer the cop’s questions, and while the cop can both see and smell that Leo is definitely drunk, he can also tell that Leo is coherent enough to get himself into a cab. Therefore, Leo doesn’t pose a threat to himself or to anyone else outside that bar. However as the cop begins to leave, he notices Kevin, who is also trying to find his Uber. The difference is that Kevin has wandered onto the middle of the road to see if any of the cars are his cab and as a result the drivers are forced to slam their brakes to avoid running into Kevin. He is clearly incoherent and he trips and falls right in the middle of the street.

Given that situation, it’s clear that both Leo and Kevin are drunk, but what matters is that Leo’s actions aren’t threatening his safety or the safety of others, whereas Kevin’s drunken shenanigans are endangering his life as well as the safety of others around him. Thus, Leo would not be charged with violating Penal Code 647(f), but Kevin very well may be. The cop could notice that Kevin’s level of drunkenness is so extreme that it actually does pose a safety hazard and so Kevin can be found guilty of a Los Angeles public intoxication charge.

The second half of that last component deals with obstructions of public places. Going back to our previous example, Leo gets in his cab and heads home, whereas Kevin stumbles and falls in the middle of the street. Let’s say he manages to drag himself back onto the sidewalk, where he passes out from being so drunk. In this situation, people who are walking on that sidewalk may be forced to step onto him, step over him, or otherwise go off the sidewalk to walk around him. Therefore, Kevin is blocking the free passage of people in a public space and that is also grounds for a potential public intoxication arrest.

The penalties of penal code 657(f) are more than just a bad hangover. If convicted of a Penal Code 647(f), the penalties include the following:

More Than Three Public Intoxication Charges in One Year Period

However, if you get a “public intoxication” conviction three or more times within a 1 year period, then you will have a minimum sentence of 90 days in county jail. The court can reduce that sentence down to a 60 day period, provided that you spend those 60 days in an alcohol recovery program and treatment center.

A seasoned Glendale criminal defense attorney will explore several methods of protecting you by incorporating the details of your case as well as the circumstances leading up to the alleged public intoxication charges. The following are some examples of defenses that your lawyer may use to fight the accusations:

Call Us. Our Criminal Lawyers Can Help with Your Penal Code 647(f) Charges

If you or a loved one has been accused of violating Penal Code 647(f), don’t hesitate to give us a toll free call at (310) 943-1171 to speak with our experienced California defense attorneys today. Our lawyers in Glendale, Los Angeles, California, are dedicating to providing all of our clients with the highest quality legal services possible.

Get Directions on Google Maps