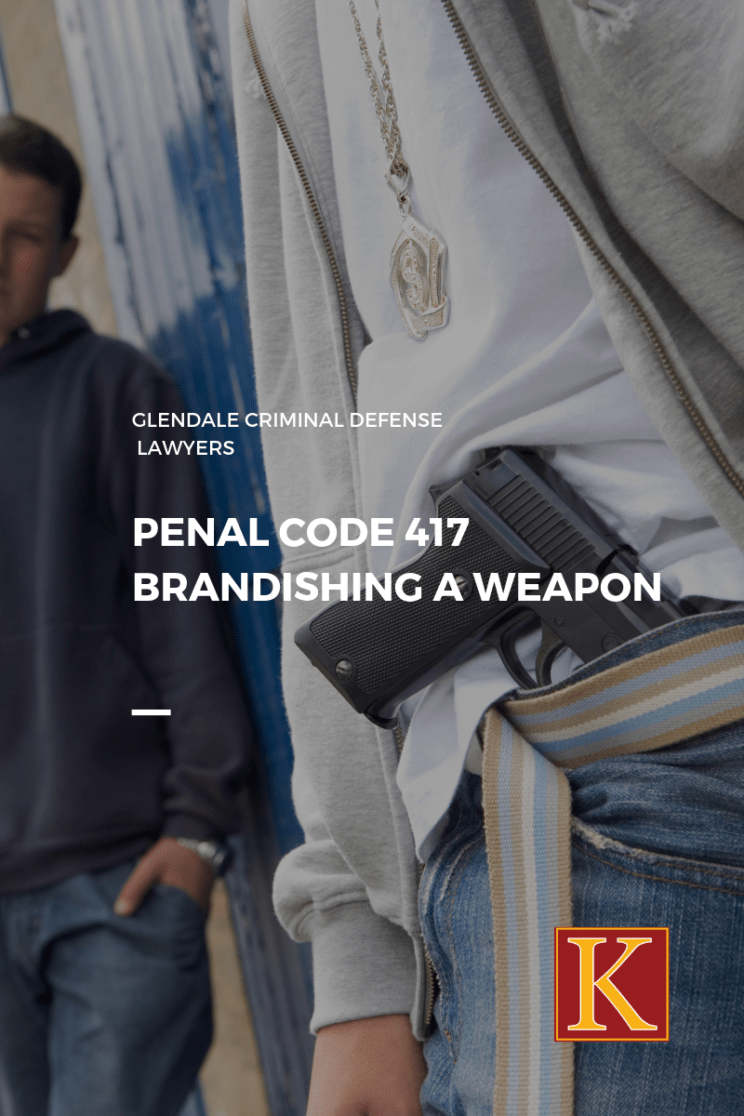 Under California Penal Code 417, it is illegal to draw or exhibiting a deadly weapon in a threatening or rude manner in the presence of another person.

Deadly weapon is any instrument, object or weapon that is inherently deadly or one that is used in such a way that it likely to cause great bodily injury or death. Examples of deadly weapons can include razor blades, knives, pipes and attack dogs.

What is Considered a “Firearm” Under  Penal Code Section 417 PC

Presence of Another Person

According to Penal Code Section 417 PC, the defendant must draw or exhibit the weapon in the presence of another person. The defendant can be charged even if he didn’t point the weapon at another one, didn’t fire the gun or the alleged victim didn’t saw the weapon.

Under PC Section 417 brandishing a deadly weapon other than a firearm is considered misdemeanor punishable by minimum 30 days and up to one year in a county jail.

There are numerous circumstances that can increase the sentence:

In case the defendant used an unloaded firearm such as a revolver or a pistol to threaten another person in public, the sentence will increase to:

In case the defendant threatened another person with a loaded firearm he will face a felony with 16 months to 3 years sentence in a county jail.

In case the defendant purposely caused injury to another person while committing the crime, he can be additionally charged with:

PC 417(c): Brandishing a Firearm in the Presence of a Peace Officer

In case the defendant threatened a peace officer on duty with a firearm he can be charged with:

PC 417.8 Brandishing a Firearm with Intent to Resist Arrest

Do you require legal help from a lawyer near you? If you are located near Los Angeles, California, our criminal defense attorneys at KAASS LAW can provide you with the services you require.