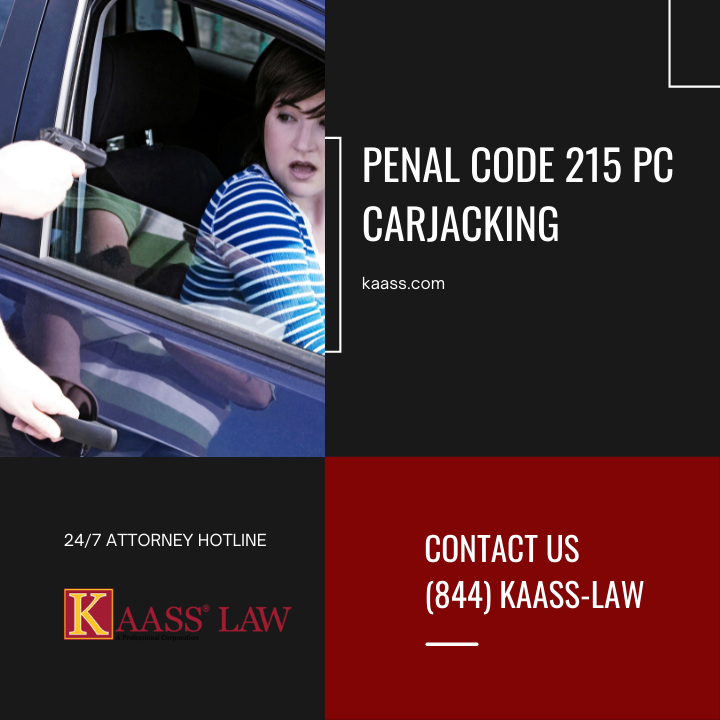 Carjacking is defined as seizing a motor vehicle from someone by force or fear, according to California Penal Code 215 PC. Using “force or fear” under this statute entails inflicting physical force or threatening to harm the victim. PC 215 can be charged if the victim is the driver or a passenger in the car, and they do not have to be the owner.

Is Carjacking Considered a Violent Crime in California?

In California, carjacking is considered a felony. If you are convicted of carjacking, you might face a sentence of three, five, or nine years in state prison, and you would have to serve 85 percent of your sentence. Furthermore, under California’s Three Strike Laws, carjacking is a Strike offense as a serious and violent felony, and every following felony conviction would be doubled.

Carjacking is considered a crime of moral turpitude, and anyone in the United States on temporary resident status, as well as anyone with a professional license, will face urgent deportation procedures.

If you are convicted of this felony, the DMV will place severe restrictions on your license.

What Is The Penalty For a PC 215 Carjacking Conviction in California?

Penalties for PC 215 carjacking conviction in California carries a:

A carjacking conviction carries harsh penalties and enhancements, as well as a “strike” under California’s three-strikes rule, which can be increased if the defendant:

If a firearm was used during the commission of the carjacking 10 years can be added to the sentence. Although per SB620, such enhancement is left to the judge’s discretion.

What is the Carjacking Problem in California?

Since every vehicle theft is a severe issue for the owner, the stakes are significantly higher when the owner is still in the vehicle when the thief acts. Carjacking is defined as the act of depriving the owner of the vehicle while they are still in or near it. However, ejecting the owner is precisely the carjacking issue. Force, the fear of force, or some other form of duress or coercion is required to eject or resist the owner.

Owners do not just hand over the keys to their vehicles to criminals. Carjacking is a separate felony in part because it violates the owner’s safety and autonomy, as well as the potential of significant injury or worse.

Other carjacking related crimes include:

If you or a loved one has been charged with carjacking under Penal Code 215 PC, we invite you to contact our Los Angeles criminal defense attorney today for a free consultation.