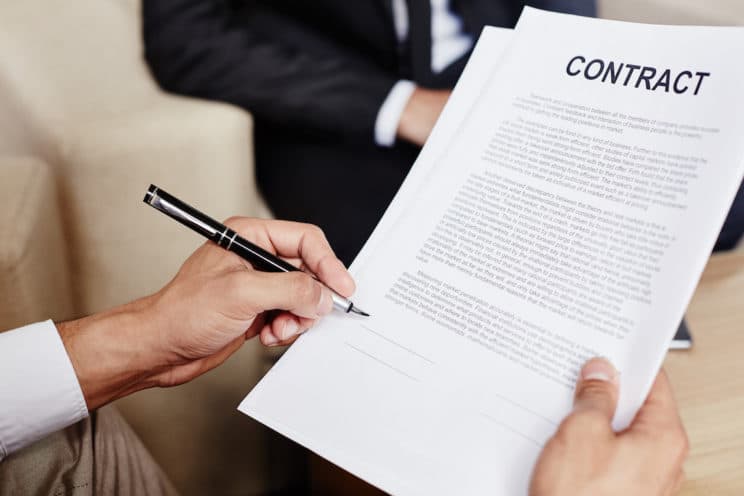 What Are The Requirements for a Contract to Be Valid?

The four basic requirements of a valid contract include the following:

What is a Contract?

A contract is a binding agreement between two or more parties. Section 1 of the Restatement defines a contract as ‘‘a promise or a set of promises for the breach of which the law gives a remedy, or the performance of which the law in some way recognizes as a duty.’’

What is Considered an “Offer” in Contract Law?

An “offer” is a manifestation of present contractual intent, communicated to an identified offeree, containing definite and certain terms. The offer element is further analyzed objectively, rather than subjectively. In order other words, for Plaintiff to prove breach of contract, s/he must also prove that the parties intended to enter into a contract.

What Laws Govern or Apply to Contracts/Agreements?

Two laws govern contract law and depending on the type of transaction or agreement parties have entered into the Courts will determine under which law governs the contracts. The two laws which govern contracts law is common law contracts and the Uniform Commercial Code.

Most contracts are governed by state common law, such as employment contracts, service contracts, or the sale of real property.

The uniform commercial code “UCC” governs contracts which involve merchants engaging in the sales of goods. UCC applies to:

Breach of Contract or Interference with Contractual Duties

When a party has breached the terms of a contract or interfered with their contractual duties they can be held liable for tort or damages caused to the other party.

Statute of Limitation for Breach of Contract in California

The statute of limitation to bring suit for breach of contract in California depends on the type of contract the parties entered to. Breach of written contract differs from oral contracts.

If you are involved in a business dispute or breach of contract matter we invite you to speak to our Glendale business attorney at KAASS Law today! Give us a call or get in touch with us at (310) 943-1171 using the form below; our attorneys speak English, French, Spanish, Russian, and Armenian.