Is it Illegal to Bicycle Under the Influence? 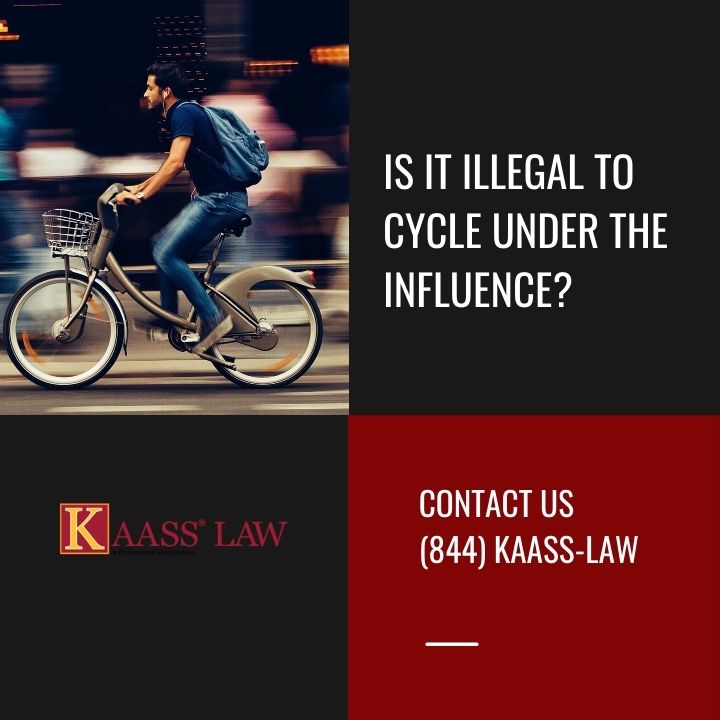 A bike can help riders avoid traffic, get some exercise, and is a much greener option than a car. Some people also ride their bikes to avoid the dangerous combination of drinking and driving. While bikes are not considered motor vehicles under California law, cyclists must still follow certain laws, including provisions in the California Vehicle Code relating to biking under the influence.

What is Considered a Bicycle? A Highway?

In regards to these laws, a “bicycle” is considered as an object that is propelled through human force; with a belt, chain or gears; has one or more wheels. The definition does not include “motorized bikes” as those along with “mopeds” are subject to California’s DUI laws.

According to CVC 21200.5, any public road or street is considered a “highway”. In this case a highway does not include a freeway because bicycles are generally not allowed on freeways.

Is it Illegal to Cycle Under the Influence?

What Are the Penalties for Cycling Under the Influence?

The violation of cycling under the influence is a misdemeanor. The act is punishable by a 250 dollar maximum fine along with no county jail time. However, in order to be convicted, prosecutors must prove three things, those being:

Is the Vehicle Code Applied to Bicycles?

Under California law, a person riding a bicycle on a highway has all the rights and is subject to all the provisions of a driver of a vehicle. This includes provisions for driving while intoxicated. Section 21200 of the California Vehicle Code.

What Are Some of the Legal Defenses to CUI?

If you have a good legal defense, you may challenge accusations of cycling under the influence. There are three common defenses that are used by CUI lawyers, which are:

What Drugs or Substances are Involved?

Any alcohol or drug that has an impairing effect, including marijuana, heroin, or prescription medications, is considered intoxicating by the law. In contrast to DUI laws, there is no set baseline legal limit of alcohol in the body that constitutes a per se violation.

A lawyer would make use of the facts of your case to demonstrate that you were sober. To elaborate, you are culpable under this statute only if you were under the influence of drink or drugs. The facts of the case can influence the decision. Under VC 21200.5, to be guilty a person must be on a “highway”. Therefore, saying that the person was not riding on a public road or street is a defense. The person could have for example, been riding on private property.  In order for an arresting officer to stop and/or arrest a person for a crime, they most have probable cause. If a person was stopped and arrested for CUI without probable cause, any evidence gathered could be thrown out.

For additional inquiries, please fell free to reach out to KAASS Law at 310.943.1171 if you or a loved one has been arrested in California on under the influence charges.