How to Bring a Lawsuit Against Police Misconduct in California? 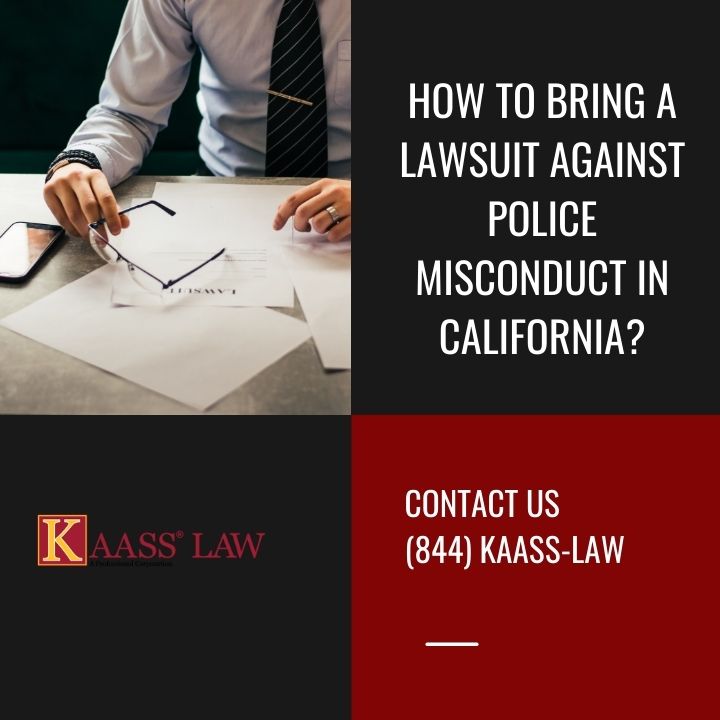 In California, victims of police misconduct, brutality, or excessive force can file a lawsuit. Typically, the lawsuit is based on civil rights violations. The victim may be awarded monetary damages in the lawsuit. It can also seek an injunction to prevent future wrongdoing. Also, it’s possible that the officer will face criminal charges as a result of this.

What Is a Police Misconduct?

These actions result in violations of the civil rights of the plaintiff, guaranteed by the U.S. Constitution, such as the right of the freedom from unreasonable searches and seizures, right to privacy, etc.

Who Are the Addresses of the Civil Lawsuits?

A bright example of police brutality is the use of excessive force by the police. This misconduct usually happens when the police try to arrest someone. As to the law, the police can use force during an arrest, however, only such force is reasonably necessary for the arrest. Taking into account the fact that the victim can run away from the police, can resist, etc.

Racial Profiling as a Form of Police Misconduct

A False Arrest as a Type of Police Misconduct

An arrest is when someone’s freedom of movement is intentionally restricted. The person is forced to stay or go somewhere against his will as a result of the deprivation.

A false arrest occurs when a peace officer has no legal authority to make an arrest. False arrests are a violation of the victim’s right to due process under the Fourth Amendment. False imprisonments are another name for them. They may occur when:

Without a warrant, some victims are detained. In these situations, the officer must demonstrate that he or she had probable cause. This necessitates demonstrating that there was reasonable cause to believe the person arrested had committed one of the following crimes:

Other arrests are made on the basis of a warrant. Even if the warrant was invalid, these could still be false arrests.

What Other Options Do I Have If I File a Lawsuit Against the Officer?

What is the Difference Between the Section 1983 Claim and Biven’s Lawsuit?

Section 1983 claims can be filed for violations done under color of law, which means, conducted acts are legitimized by and are related to the role of the officer. Such lawsuits can be filed to receive such remedies as compensation for caused monetary damages or injunction by the court. Biven’s claim is quite similar to the section 1983 lawsuit. However, it can be filed against such federal actors as DEA (Drug Enforcement Agency) FBI officers.

Contact our Glendale personal injury lawyer today for a consultation and case review. Please feel free to give our office a call at 310.943.1171.