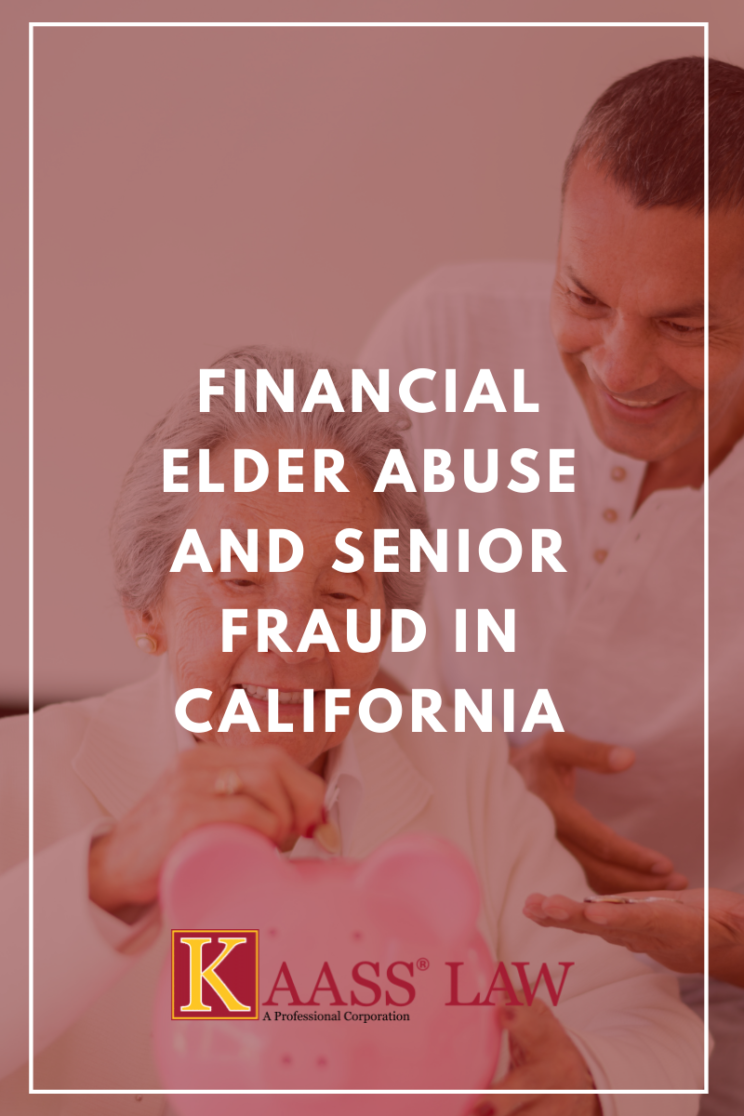 What Is Financial Elder Abuse or Senior Fraud in California?

Financial elder abuse or senior fraud can take different forms and can be committed by caregivers, family members, strangers, or any other people known to the elder. Financial abuse may have the same impact as physical abuse.

According to CACI 3100, in case the plaintiff claims that the defendant violated the Elder Abuse and Dependent Adult Civil Protection Act by taking financial advantage of him, he must prove the following elements to establish this claim:

A false misrepresentation lawyer can take a look into your situation for you if you feel as though you need legal assistance.

What is Undue Influence?

According to California Civil Code Section 1575, undue influence is a misuse of a person’s power and role to exploit the dependency, trust, or fear of another person in order to misleadingly gain control over that person’s decision-making and obtaining an unfair advantage over him/her.