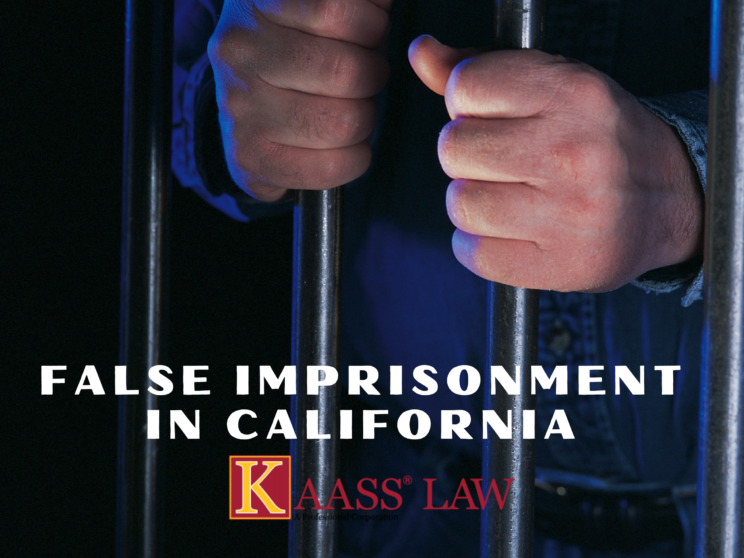 False imprisonment in California is the act of intentionally taking away another person’s freedom without being legally allowed or justified to act so.

According to CACI 1400, the plaintiff must be able to establish the following elements to prove the claim of wrongful imprisonment:

Under California Penal Code Section 236 PC it a crime to falsely imprison another person. But, false imprisonment is also a tort that can give rise to a civil lawsuit.

When Can Police Officers Arrest a Person?

In California police officers arrest people under the authority of Penal Code Section 836, which provides that a peace officer can make an arrest with or without a warrant when:

False Arrest by a Peace Officer With a Warrant

Illegal imprisonment can occur even if a warrant was issued before the arrest. A warrant issued as the result of a fraudulent claim made by a peace officer can lead to an unlawful arrest.

The idea that an arrest warrant can be invalid is significant because it is one of the elements the plaintiff must prove to sue for false imprisonment. At the same time, it is also one of the defenses that a peace officer can possibly use. The other elements are similar to the above-mentioned elements.

False Arrest by a Peace Officer Without a Warrant

An arrest without a warrant is illegal unless the arrested person has in fact committed a crime or the arresting police officer has reasonable cause to think so.

There is no exact rule to determine the reasonable cause and each case must be decided on its own facts.

Imprisonment by a Private Citizen

An arrest occurs when a citizen either restrains a perpetrator himself until the police arrive, or calls for an officer, leading to the perpetrator’s arrest.

Damages That Can Be Recovered

Here are some possible damages which the plaintiff may recover in a civil false imprisonment case:

If you or your loved one has been accused of false imprisonment, per California Penal Code Section 236, KAASS Law invites you to reach out to us for a free legal consultation.