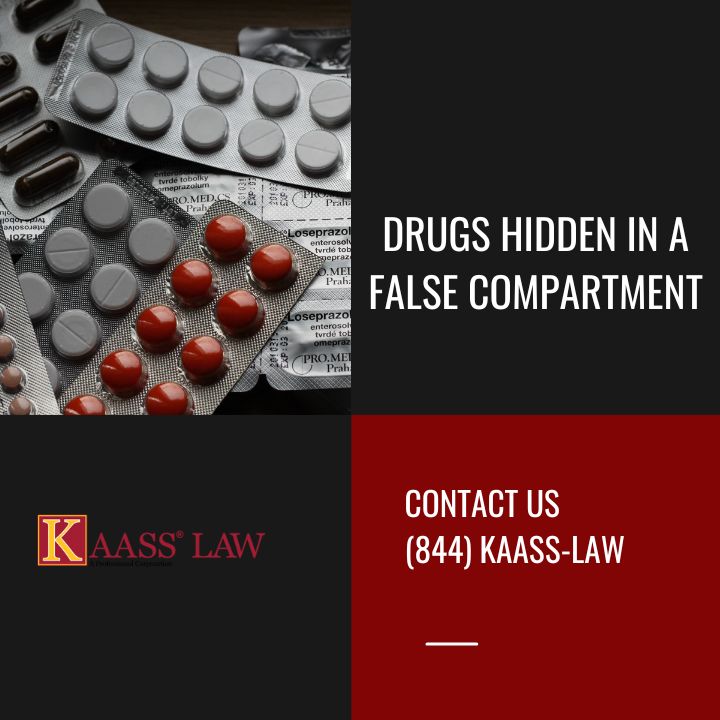 The California law that makes it unlawful to conceal a controlled substance in a fake compartment is Health and Safety Code 11366.8 HS. The crime is punishable by up to 3 years in prison and may be tried as a misdemeanor or felony.

According to this law, it is unlawful for someone to:

Any box or enclosure that is intended or created to conceal a prohibited substance is referred to as a “false compartment.”

What Exactly Does It Mean to Hide Substances in a Falsified Compartment?

Regarding the use of fictitious compartments to conceal drugs, see California Health and Safety Code 11366.8. The relevant code section forbids two acts.

A “false compartment” is any box, container, space, or enclosure contain or built to conceal any drug inside of it.  However, a “vehicle” may be personal or professional in nature. Common vehicles include, for instance: vehicles such as automobiles, trucks, buses, airplanes, boats, ships, and yachts.

Does Health and Safety Code 11366.8 HS Have Any Defenses?

A suspect of hiding drugs in a false compartment may contest the accusation by raising a legal defense. A charge is frequently withdrawn or decreased as a result of a successful defense. Please be aware, however, that in order to mount the strongest defense possible, a defendant must hire representation.

A wobbler is a person who hides narcotics in a false compartment; as a result, the offense is punishable as either a misdemeanor or a felony. Overall an individual who breaches Health and Safety Code 11366.8(a) may get a maximum penalty of one year in the county jail.

According to Health and Safety Code 11366.8(b), the following offenses may result in a sentence of incarceration in the county jail:

Please be aware that a judge may impose criminal probation instead of jail time. This kind of probation is also referred to as “summary” or “informal” probation.

Possession of a controlled substance with intent to sell – HSC 11351

California Health and Safety Code 11351 HS forbids the possession of some illegal substances with the aim to resale them. These include illicit narcotics like cocaine, heroin, and LSD. HSC 11351 also provides coverage for widely use prescription drugs like codeine, hydrocodone (Vicodin), and oxycodone (Oxycontin).

If you or someone you know has been guilty of a felony under California Health and Safety Code 11366.8, we encourage you to contact our attorneys for a consultation. Please feel free to give our office a call at 310.943.1171.