Defamation: Suing for Harm to Reputation in California 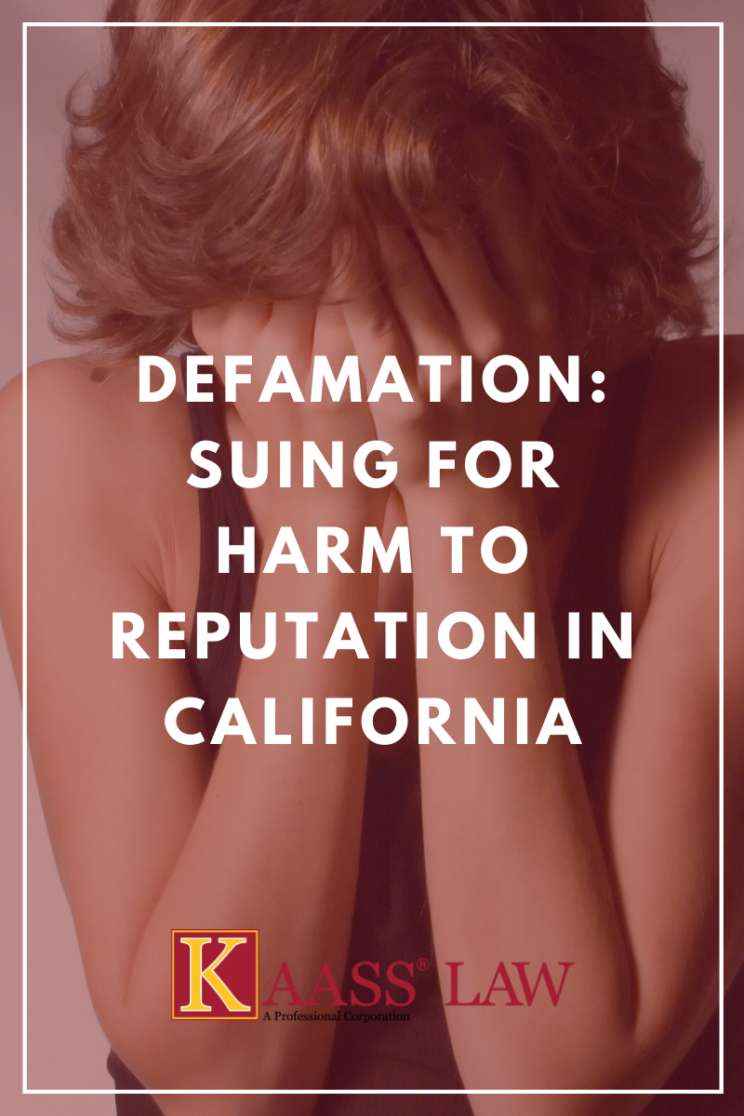 It is a common issue both for ordinary citizens and public figures, as well as companies to suffer harm to their reputation. California law allows them to sue for compensation of such damages. The law classifies the damages to reputation into several groups, which include:

Libel & Slander: How is Defamation Regulated Under California Law?

What are the Elements for Defamation?

The elements a plaintiff must establish to successfully sue a third party for defamation are the following:

Under California law defamation is “per se” is statements that are damaging on its face without the need of further explanations. An example of defamation per se includes for instance a false accusation that someone committed a crime or is unfit to practice in their particular profession.

In case defamation is “per quod”, the victim shall prove that the spread of a false statement causes damages. Examples of such damages can include lost profits, employment, negative consequences, a decrease of customers for a business, etc.

What is Public Disclosure of Private Facts?

Under California law, public disclosure of private facts is a form of invasion of privacy. To get compensation for damages, the plaintiff must prove the following:

An example of public disclosure of private facts include publishing statements of your best friend’s diagnosis or some intimate content to public media without his/her consent.

The existence of a “private act” is decided on a case-by-case basis based on what an ordinary person can consider private and protected information and the disclosure of which can be offensive.

Physical persons have the right to sue for such kind of harm in one year from the date of disclosure.

What is Business Disparagement?

Business disparagement is referred to:

For example, a supermarket publishes information in a public newspaper that its competitor’s products do not comply with the applicable governmental standards.

Statue of Limitation for Business Disparagement

A corporation has 2 years to file an action for compensation of disparagement after the statements’ publishing and dissemination.

The plaintiff shall prove the existence of the following elements to seek compensation of damages:

The dissemination of such statements can be conducted both orally and in writing. The loss of income in case of business disparagement can be proved by showing invoices, tax returns, bank account statements of the company.

For harm to reputation victims mostly recover such damages as:

Get in Touch with a California Defamation Attorney

If your or a loved one’s believe that you have suffered defamation by a third party we invite you to contact our Los Angeles Personal Injury attorneys at (310) 943-1171 for a free consultation.