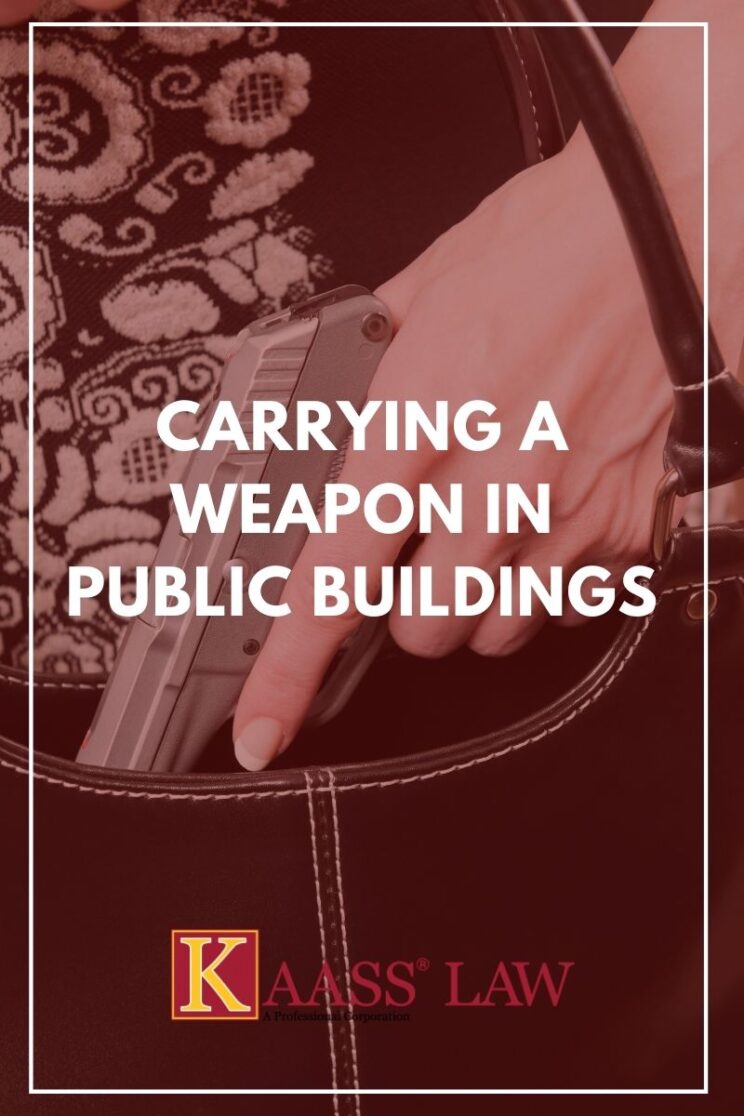 Is it a Crime to Carry a Weapon into Public Weapons?

Yes, under Penal Code 171(b), it is a crime in California for an individual to bring or possess weapons into a public building and meetings that are open to the public.

What Weapons Prohibited under Penal Code 171(b)?

Under the PC 171(b), it is a crime to carry the following into a public building or meetings that are open to the public:

This penal code can be prosecuted as either a felony or misdemeanor and is therefore considered a wobbler. If charged as a misdemeanor, the misconduct is punishable by up to one year in county jail. If charged as a felony, an individual can face imprisonment of either 16 months, 2 years, or 3 years.

What is Considered a Public Building?

A building owned or leased by the state or local government where public employees regularly are present to perform their official duties is considered a public building. An example of a public building is a courthouse.

Are There Exceptions to Penal Code 171(b)?

Yes, there are several exceptions under Penal Code 171(b), which are as follows:

If you or someone you know is being charged with Penal Code 171(b), call KAASS LAW today and speak to an experienced criminal defense attorney today at (310) 943.1171.