Can You Own an Attack Dog in California? 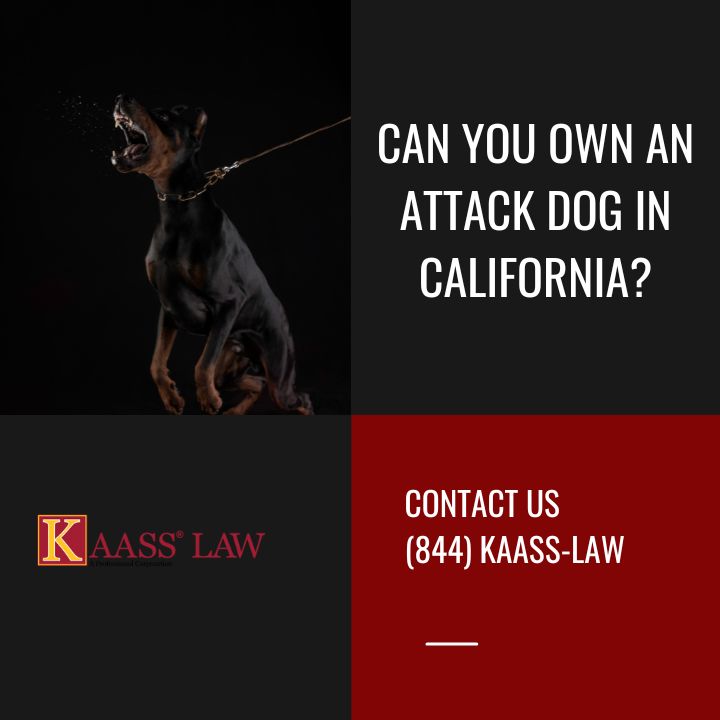 According to California Penal Code Section 399.5, it is a crime to knowingly own a dog that is trained to attack, fight or kill and that the dog has bitten a person on two or more occasions, or the dog’s attack has caused serious injury. However, the same dog bite laws apply to animals that didn’t have a training to attack.

What Are Related Offenses to Owning an Attack Dog?

California Penal Code 399  it is possible to be criminally charged for failing to control a dangerous animal. Therefore, the prosecution would have to show that the defendant willfully allowed a dangerous animal to roam; because of this, someone may sustain an injury or result death by the animal.

California Penal Code 597 makes it a criminal offense to physically harm, overwork, neglect or kill an animal. This crime could include other crimes like dogfighting.

In the state of California, we have a dog bite law that holds the owner of the dog accountable for all injuries sustained due to an attack by their dog, regardless of the dog’s prior behavioral history.

What Are the Penalties for Owning an Attack Dog?

Violation of Penal Code 399.5 may result in different disciplinary outcomes because it is a wobbler offense. Therefore, misdemeanor or a felony can be changes for it.

Some penalties for a Penal Code 299.5 misdemeanor conviction include:

Some penalties for a Penal Code 299.5 felony conviction include:

Violation of Penal Code 399 is also another wobbler offense in California. If someone is killed because of failing to control a dangerous animal, it must be charged as a felony.

A misdemeanor for failing to control a dangerous animal may result in:

A felony for failure to control a dangerous animal may result in:

Violation of California Penal Code 597 may result in a misdemeanor or a felony as well.

If a person faces misdemeanor charges for animal cruelty they can face:

If a person faces felony charges for animal cruelty they may face:

Violation of California’s dog bite law does not result in a prison sentence but makes the owner of the animal liable for all medical bills, lost wages, or pain and suffering caused to the victim of their dog’s attack.

What Are Possible Legal Defenses for Owning an Attack Dog?

A person charged with violating Penal Code 399.5 could possibly use one of the three following defenses to avoid charges:

Are you in need of legal assistance from a Los Angeles dog bite lawyer? You may contact KAASS Law at our phone number (310) 943-1171.