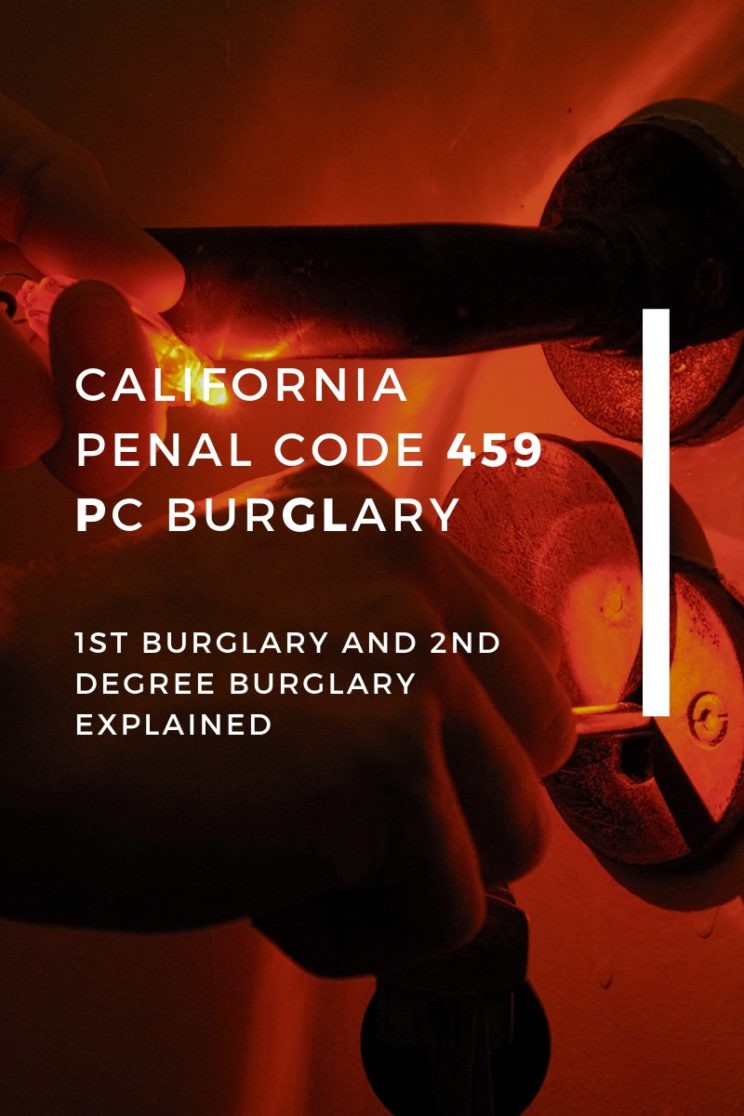 According to California Penal Code Section 459, burglary is the act of entering into a residential or commercial structure with the intent to commit either a theft crime or felony.

To be convicted of burglary the prosecution must prove the following elements:

California second-degree burglary occurs when if the burglary involved a commercial break in and other type of structure including stores and businesses.

Lack of Intent is a legal defense to Penal Code 459 Burglary If the defendant did not have intent to commit a theft or a felony at the time of entering the structure, he can’t be found guilty of burglary.

Factual innocence is also a legal defense to California burglary charge and occurs when an innocent defendant is accused for a charge which may include the following:

Under Penal Code Section 459 second-degree or commercial burglary is considered a wobbler.  Conviction for commercial burglary carries a less harsh penalty than a conviction for first degree burglary. Depending on specific circumstances and the defendant’s criminal history this type of burglary can be charged as either a felony or a misdemeanor. Penalties for second-degree felony burglary are:

Get Help Defending California Burglary Charges from an Experienced Lawyer

Hire the most dedicated Glendale criminal defense lawyer to the legal services you require! Our attorneys at KAASS LAW are highly dedicated to help our clients in every way possible. You can rely on our experienced lawyers in Glendale, Los Angeles, California, to carefully analyze the facts of your case to prove the facts necessary. We back all of our clients and we invite you to give us a toll free call at (310) 943-1171 to speak to our experienced Glendale criminal battery attorney today. Get in touch with us at KAASS LAW, 815 E Colorado St #220, Glendale, CA 91205, (310) 943-1171 at any time!