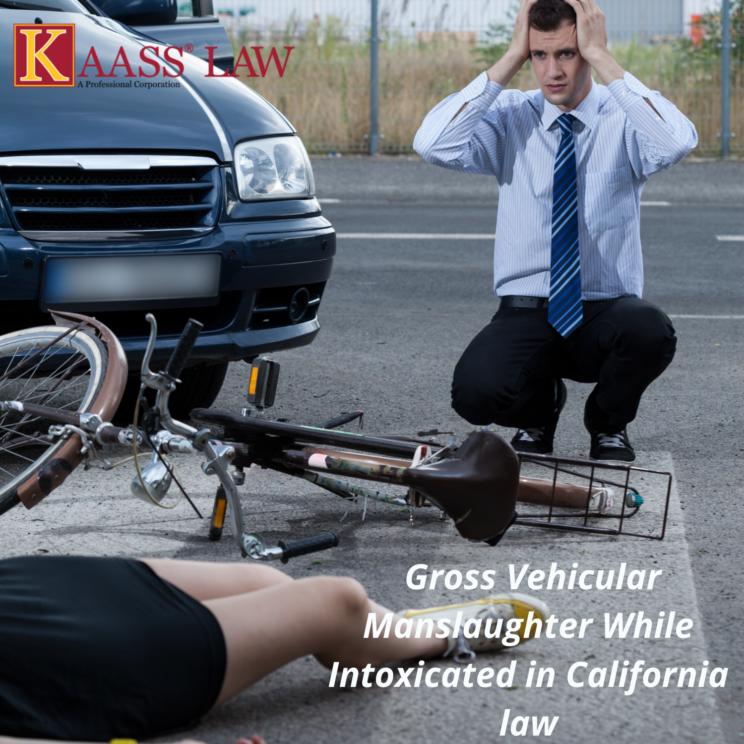 Gross vehicular manslaughter while intoxicated is considered to be a felony under section 191.5 of California Penal Code (PC §191.5).

What are the Elements the Prosecutor Must Prove to Be Found Guilty of Gross Vehicular Manslaughter While Intoxicated?

To charge a person for this vehicular manslaughter while intoxicated per Penal Code §191.5 PC, the prosecutor must prove the following elements exist:

In other words, we may speak of gross vehicular homicide when the driver being under the influence of alcohol or drugs has killed another person without an intent to kill, but the driver has manifested gross recklessness in that situation.

An Example of Gross Vehicular Manslaughter While Intoxicated

Suppose driver X is drunk. He tries to make a drift in the motorway. Suddenly the vehicle goes out of his control and flips over. As a result of the accident a passenger dies.

What Is the Penalty for Gross Vehicular Manslaughter?

The penalty for gross vehicular manslaughter leads to both criminal and administrative punishment.

Legal Defense Against an Accusation of Gross Vehicular Manslaughter

For the conviction of an accused under this crime, the prosecutor has to prove all the circumstances mentioned above.

Unlike points 1 to 4, which can be proved by exhibits and expert conclusions, point 5 has a subjective side. So the tactic of legal defense may be constructed over this factor- whether the accused acted negligently? If yes, whether the negligence was gross or not.

What Does Gross Negligence Mean?

In the Black’s Law Dictionary, the legal concept of ‘gross negligence’ is described as a “lack of slight diligence or care”.

Thus in every concrete case question is whether the slight amount of diligence or care was sufficient in the given situation to prevent the accident. If the required diligence or care was beyond slight, then it amounts to another felony (vehicular manslaughter) leading to a relatively lenient penalty.