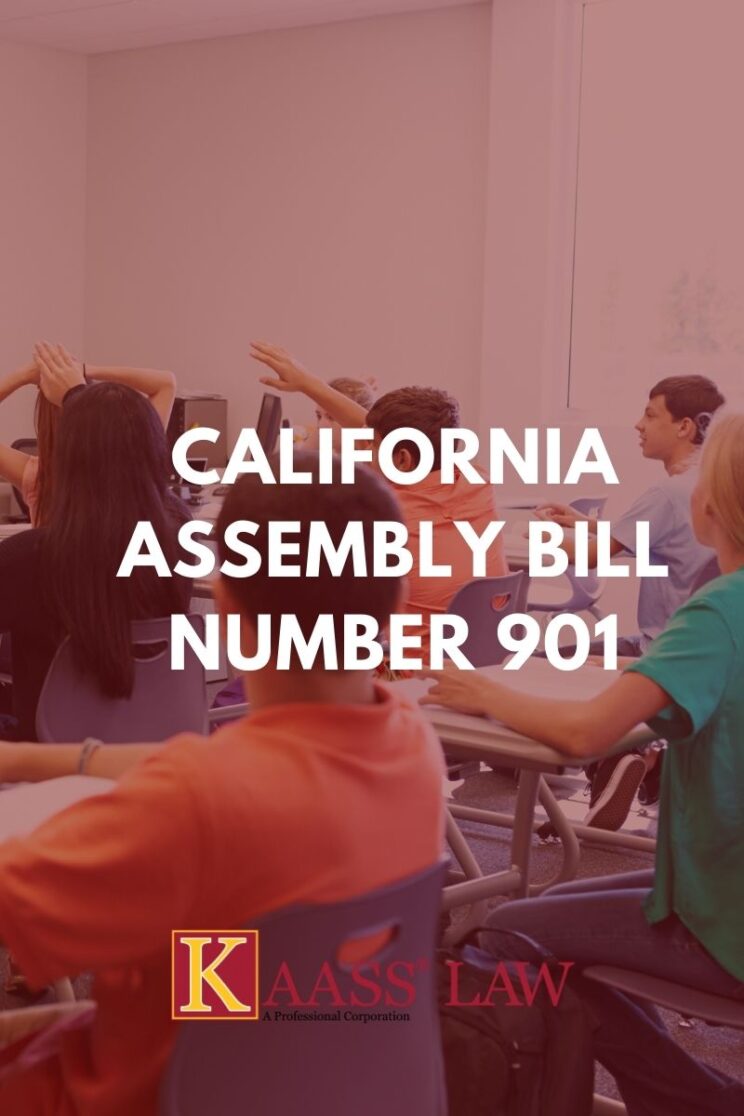 What Does Assembly Bill Number 901 Do?

Assembly Bill number 901 (AB 901) focuses on the juvenile system in California. AB 901 does the following:

When Was AB 901 Approved and Filed with the Secretary of State?

AB 901 was approved by the Governor and filed with the Secretary of State on September 30, 2020.

What Was the Law Before AB 901 was Approved?

Before AB 901 was approved, minors could be referred to a school attendance review board or to the probation department for services if:

Additionally, before AB 901 was approved, the law would place a person who is between 12 and 17 years old within the jurisdiction of the juvenile court and could become a ward of the court for certain offenses, including:

How was a Minor Considered Consistently Absent?

A minor was considered consistently absent if they missed three (3) or more days in one school year and a school employee made at least one attempt to intervene with the minor’s parent or guardian.

What Does It Mean to be a Ward of the Court?

When a minor is determined to be a ward of the court, this means they fall under the court’s control and responsibility.