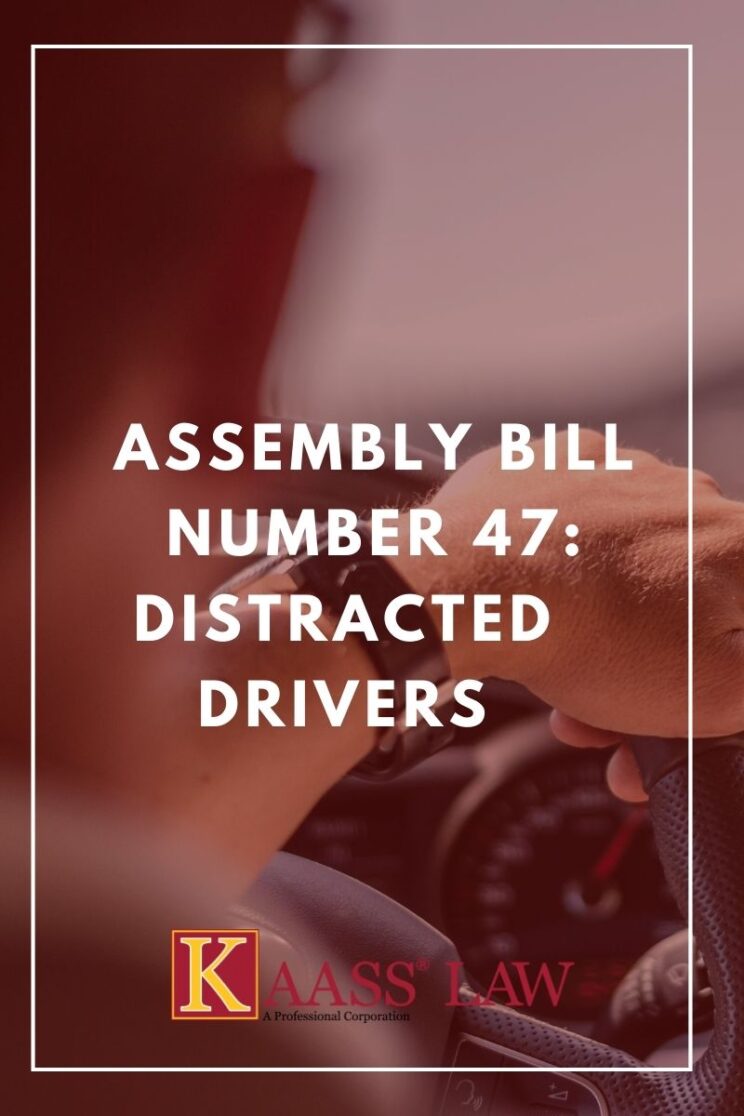 What is Assembly Bill Number 47?

Assembly bill number 47 was approved by the Gov. Gavin Newsom on October 8, 2019 and will increase the punishment associated with using a phone while operating a motor vehicle.

When Will Assembly Bill Number 47 Go into Effect?

How Will the Penalties Increase Under this Bill?

Assembly bill number 47 will increase current punishment for drivers that have been convicted of a distracted driving offense by issuing a point on the driver’s record for each conviction occurring within 36 months of a prior conviction for the same offense. Receiving a point on one’s driver’s record can lead to further issues since after having enough points, an individual’s license can be suspended or revoked.

What Are Examples that Would Be Considered Penalty under Assembly Bill Number 47?

Some examples that would be considered a distracted driving offense include, but are not limited to, the following:

Here is an example:

Bob drives while he is texting and gets caught by a police officer. Bob gets convicted of driving while texting on January 1, 2022. On March 23, 2022, Bob again gets pulled over but this time because he was holding his phone and taking pictures while driving. Bob gets convicted of driving while using a wireless telephone. Thus, under this bill, Bob will get a point on his driving record.

What is the Current Law in California?

Under the current law in California as per Vehicle Code 23123, a driver is not allowed to operate their motor vehicle while using a wireless phone without hands-free listening capabilities. Further, a driver is not allowed under current law to hold and operate a handheld wireless phone unless that telephone or device is specifically designed to allow voice-operated and hands-free operation used at the time of driving. In other words, a driver may not use their phone to text, take pictures, or read and scroll through their phone while driving their motor vehicle.

What is the Current Law for Drivers 18 Years or Younger?

Under current law in California, a driver who is 18 years old or younger may not use their phone while driving, even if it is equipped with a hands-free capability.

If you or someone you know has been injured in a car accident because the other driver was on their phone, please contact our Personal Injury attorneys at (310) 943-1171 for a free consultation. Our attorneys will evaluate the details of your case and let you know what to expect and how you can proceed.