Are Damages Recoverable in a Bike Accident? 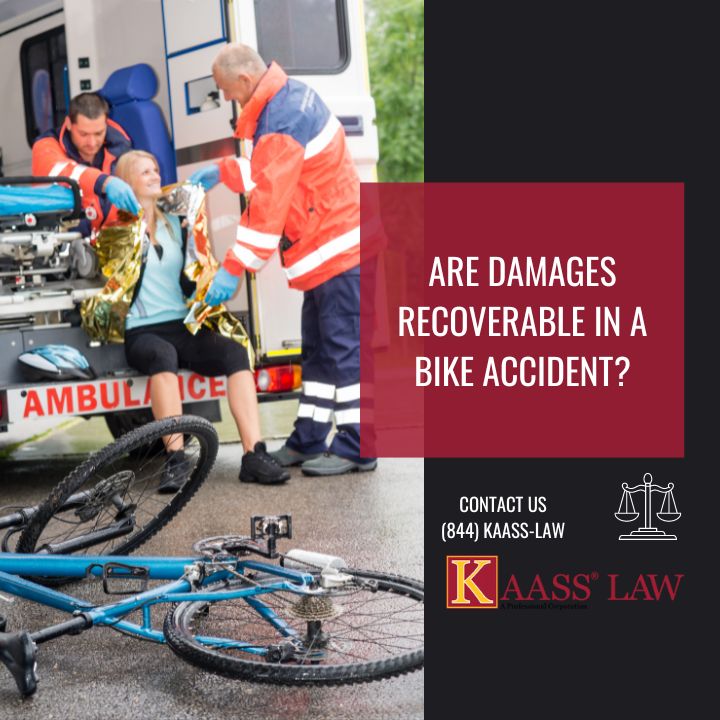 Although most people today commute by car, there are individuals who transport from one place to another with bicycles. Bicycles are not exactly the vehicle of choice for many commuters. However, for those who bike, it is convenient them. Bikes are light, compact, and can be stored in small spaces when not in use. These attributes make bikes more appealing than cars or buses for some people. However, while biking is a healthier alternative to driving, it comes with risks that need to be taken into consideration before choosing this form of transportation over others. While it is not the safest means of getting from one place to another, it can be cheaper and healthier for some people who commute on a daily basis.

The Importance of Following Road Rules

All parties sharing the streets must take precautions when in traffic because there are many risks involved. A driver should always leave at least the minimum distance from cyclists so that they do not get into an accident with them, vice versa. The risk for accidents increases if the cyclist is riding fast or on a narrow road. A driver needs to know how to act around cyclists in order to avoid any possible collisions with them. By keeping a distance from cyclists, they will be able to do just that. As a driver, prepare to drive with extra caution around cyclists. Cyclists may also be riding at very high speeds, so if there were to be a collision, it would be catastrophic. Therefore, this is why it is important to keep at least the minimum distance from them.

Cyclists have a number of risks when they are on the road. For example, if a cyclist is riding in an area where there are cars, they could very well be hit by one and potentially die or sustain serious injuries. Additionally, if cyclists do not obey traffic laws, such as stop signs or red lights, then this can also put them at risk for accidents. Finally, since bicycles may move faster than other vehicles on the road like cars and trucks; collisions with them can lead to severe damage.

Blind spots are a big concern, not only for pedestrians and other vehicles but also for cyclists. As the cyclist and the driver may very well be in their lanes, when it comes to changing lanes or making turns, there is a chance the driver may not see the incoming biker and get into an accident. Crowded streets and tight lanes are also a location where these accidents are prone to take place.

To add, it isn’t every street that has a bike lane, so it is crucial for the driver to be aware of their surroundings and blind spots at all times. If the driver is on a road with a bike lane and they need to make a right turn, they must enter the lane to do so. This is another common way vehicles and cyclists get into collisions. With the driver not noticing the biker in the first place, it is difficult to avoid a collision.

What Types of Damages Are Recoverable in a Bicycle vs Car Accident Lawsuit?

Bicyclists are at a disadvantage due to the fact that they do not have the protection of an enclosed vehicle. While bicyclists can take precautions to minimize their risk, it is difficult to predict how motorists will react when passing them on the road.

Injuries may vary from minor to severe. Minor injuries may include bruises, scrapes, and scratches while more serious injuries can result in paralysis or death. Injuries depend on the severity of impact and how much force was exerted during the collision. The compensatory damages, however, include:

Additional damages are recoverable based on the severity of the injuries.

What Does a Bicyclist Need to Prove to Recover Damages If Hit by a Car?

In order to recover damages after colliding with a car, a biker must show:

What Are Some Ways to Reduce or Avoid Bike-Car Accident Injuries?

There are many ways to reduce or avoid bike accident injuries such as:

If you have suffered in a car accident while riding your bike, contact our Los Angeles personal injury attorney today (310) 943-1171 for a consultation.