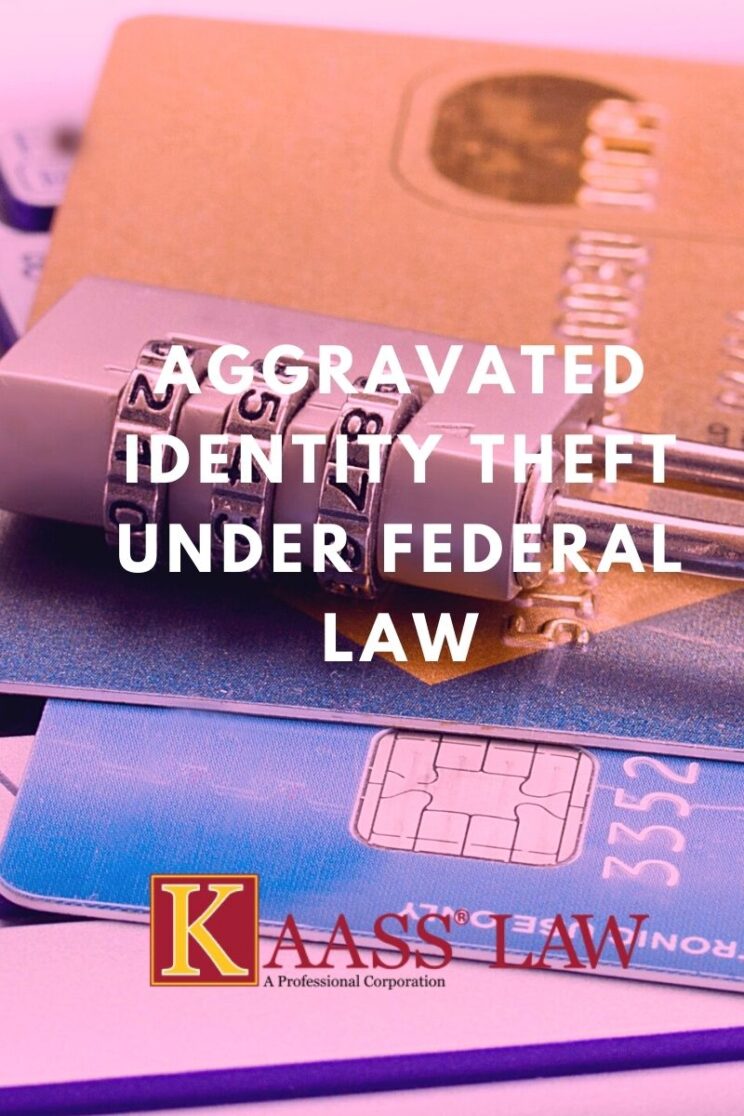 According to 18 US Code Section 1028, it is prohibited to knowingly transfer, possess, or use without lawful authority, a means of identification of another person with the intention to commit or to aid or abet, or in connection with, any unlawful activity that constitutes a violation of federal law. Under 18 US Code Section 1028A aggravated identity theft is defined as the knowing and unauthorized possession, transfer, or use of a means of identification in the commission of certain felonies.

The Felonies which Trigger the Aggravated Identity Theft Statute are the following:

Basically, 18 USC Section 1028a functions as an enhancement to a federal defendant who was found guilty of different federal crimes listed in subsection “c” of Section 1028A. Aggravated identity theft provides for an extra mandatory consecutive sentence to any sentence imposed upon the underlying crime for a defendant who knowingly possessed, transferred, or used another person’s identification

The prosecutor must prove beyond a reasonable doubt the following elements to convict the defendant of federal aggravated identity theft:

What are The Penalties for 18 U.S Code 1028a Aggravated Identity Theft Conviction?

The penalties for a 18 U.S Code 1028a Aggravated Identity Theft Conviction including the following:

In addition to any punishment, the judge imposes for the underlying federal crime the defendant faces a minimum mandatory sentence of two years imprisonment for aggravated identity theft.

In case the underlying felony is related to terrorist activity the minimum mandatory sentence for aggravated identity theft increases from two years to five years imprisonment.

If you or a loved one is charged with federal aggravated identity theft, we invite you to contact our Glendale criminal defense attorney at KAASS LAW at (310) 943-1171 for a free consultation and case review. Our staff speaks Spanish, Armenian, Russian, and French.