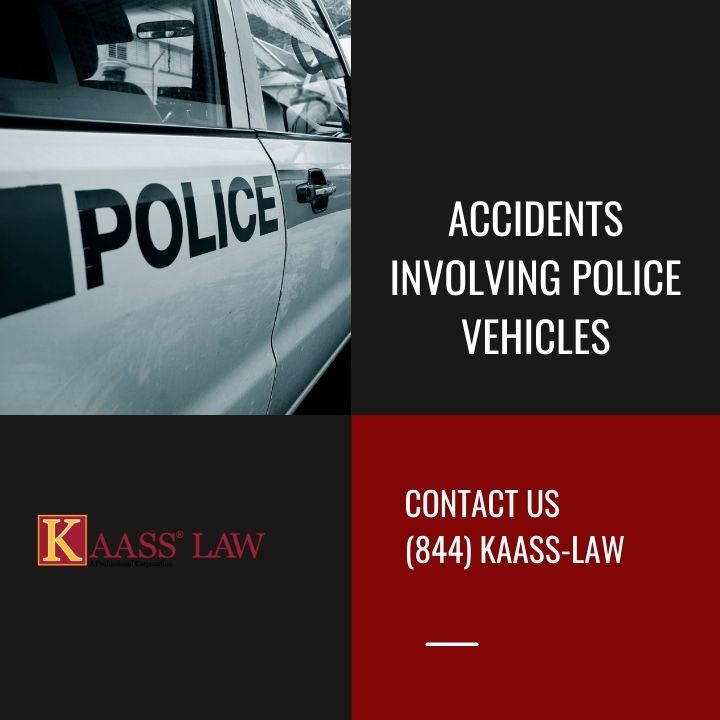 In the event of an accident involving a police vehicle, injured parties or their families may be eligible to file a personal injury claim or wrongful death case. Whether or not a police officer is responsible may depend on:

What Occurs if You Sustain Injuries in a Collision with a Police Vehicle?

Accidents involving a police vehicle are distinct from other types of collisions. The driver may believe that the police are immune from liability if they struck a pedestrian or driver with their vehicle. However, in cases where a patrol car is a part of an accident and injures a motorist, passenger, or pedestrian, the police and the city may still be responsible.

Avoid accepting responsibility for an accident. When the other driver is a police officer, it may be more challenging to accomplish this, especially if the officer is attempting to intimidate you. The decision on who was at fault for the accident is not up to the officer. After considering all the facts, the court should decide who was at blame, not on the basis of a single officer’s point of view.

In a Collision Involving a Police Vehicle, Who is at Fault?

Which motorist was at fault in a car accident typically determines who was at fault. A driver may be held accountable for an accident if they run a red light and collide with another vehicle. What transpires, though, if a police officer runs a red light and strikes another motorist?

Injury claims for those struck by police cars depend on the circumstances surrounding the incident and the driver’s actions. The injured party may be entitled to seek compensation from the city or county for their damages if the police officer is found to have been negligent.

If a driver breaks a traffic rule and causes an accident as a result, the driver may be labile . Emergency vehicles are, however, occasionally exempt from regular traffic restrictions under California’s “emergency vehicle exemption” law.

Was the Policeman Attending to a Crisis?

The officer must be reacting to an emergency in order to be excluded from some traffic restrictions. An officer who is:

A police officer does not have the right to argue that since they are officers. They are exempt from following the law. When an officer is returning from a call or using his or her own vehicle when there is no emergency, it is not regarded as an emergency.

Was the Policeman Still at Fault for the Incident’s Occurrence?

Even if a police officer was responding to an emergency while driving with lights and sirens on, the officer may still have been culpable in causing the collision. According to California’s negligence statutes, the negligent party is responsible for any harm and losses brought on to any motorists, passengers, or pedestrians involved in the collision.

Driving negligently is not adhering to the obligation of care. Drivers, including police personnel, must adhere to the following standards of care:

Compared to typical automobile accident claims, police car accidents are significantly more complicated. Hiring the best personal injury attorney will allow the injured victims and their families to feel secure knowing they are in skilled hands rather than attempting to manage a catastrophic accident claim alone. Please feel free to give our office a call at 310.943.1171.